Brian Wilson responds to Mike Love: ‘It sorta feels like we’re being fired from The Beach Boys’

Brian Wilson has responded to Mike Love's letter claiming he didn't fire him from The Beach Boys. Last week (October 6) Love defended his plans to continue touring under the Beach Boys name after the band's current 50-year anniversary, which ended in London last month, in an open letter published by the LA Times. 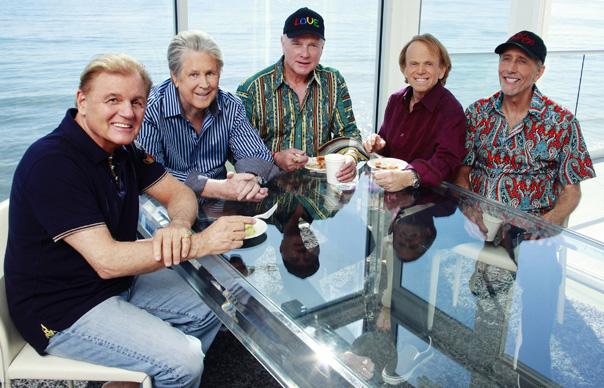 Brian Wilson has responded to Mike Love’s letter claiming he didn’t fire him from The Beach Boys.

Last week (October 6) Love defended his plans to continue touring under the Beach Boys name after the band’s current 50-year anniversary, which ended in London last month, in an open letter published by the LA Times.

However, now Wilson has responded with a letter in the same publication. “Normally I wouldn’t respond to something like this,” he wrote in the LA Times, “but because I love what the 50th has done for the band’s image and its legacy, I feel I need to.”

“As far as I know I can’t be fired – that wouldn’t be cool,” he wrote. “The negativity surrounding all the comments bummed me out. What’s confusing is that by Mike not wanting or letting Al, David and me tour with the band, it sort of feels like we’re being fired.”

He added: “What’s a bummer to Al and me is that we have numerous offers to continue, so why wouldn’t we want to? We all poured our hearts and souls into that album and the fans rewarded us by giving us a No. 3 debut on the Billboard charts, and selling out our shows. We were all blown away by the response. Al and I would like to be included in the continuous promotion of ‘That’s Why God Made The Radio‘. That’s what I’ve been doing for over a decade: making records and going out and supporting them. It’s what I do.” He concluded:

“It’s Al and my opinion that all of us together makes for a great representation of the Beach Boys. While I appreciate the nice cool things Mike said about me in his letter, and I do and always will love him as my cousin and bandmate, at the same time I’m still left wondering why he doesn’t want to continue this great trip we’re on. Al and I want to keep going because we believe we owe it to the music.