Brian May has revealed he's undergoing tests for cancer. 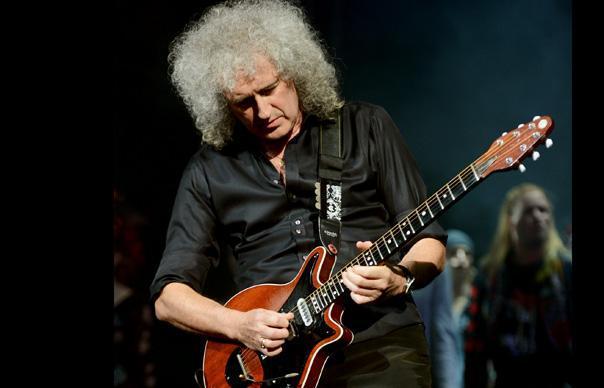 Brian May has revealed he’s undergoing tests for cancer.

Writing on his website, the Queen guitarist said he went to see his doctor over the Christmas period due to agonising pain, leaving him unable to stand up.

MRI scans showed “abnormalities in the bones”, and is now waiting for further results. He wrote: “So around Christmas I’ve been having a succession of blood tests, ultrasounds, and various kinds of scans, to see if they could rule out various kinds of cancer. Now, on hearing the ‘C’ word something happens inside you … of course. I’ve seen so many of my dear friends fighting it … and my Dad lost his battle at age 66, exactly the age I am now.

“So over the last few days I’ve been in various states of unrest. But the great thing has been that the team my GP assembled to check out the possibilities has moved Heaven and Earth to gather all the information I need quickly over the Christmas period … not an easy time.”

May, who is married to former ‘EastEnders’ actor Anita Dobson, thanked his fans for their support in an update on December 30. “I’ve been overwhelmed by the amazing messages you’ve been sending me, folks, since I wrote about my ‘Health Scare’,” he said.

“It’s taken me by surprise – for many reasons. I really didn’t realise how much you guys were gunning for me … it’s great to know that, and I can’t thank you enough. It puts a smile on my face. But I didn’t realise that biting the bullet and mentioning the ‘C’ word would unlock such an avalanche. I now realise that so many of you have been wrestling with this all along, personally, or in family or friends, and, like me, found it hard to share. Hearing of your experiences, and courage, and hopes, and solutions, has been a massive eye-opener for me.”

May, a campaigner against the culling of badgers and a qualified astrophysicist, says he is continuing with preparations for his forthcoming tour while he waits for results.