Brett Anderson reveals Suede are working on a new album

Brett Anderson has revealed that Suede are working on a new album. Speaking to NME at the launch of the Teenage Cancer Trust's annual series of gigs, he said that they are currently working on a follow-up to 2013's Bloodsports. "We're busy writing at the moment," he said. "I'm very proud of Bloodsports, and the best thing about it is that it showed us that we can write new music, and relevant new music." 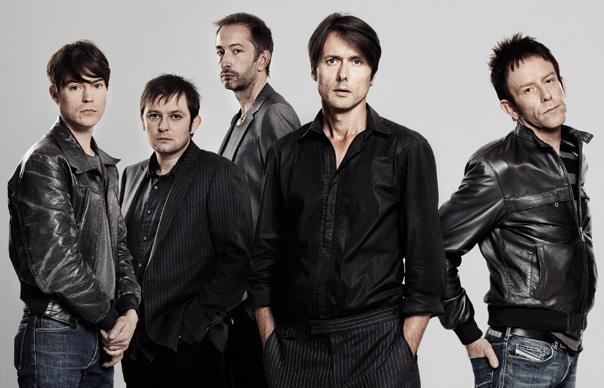 Brett Anderson has revealed that Suede are working on a new album.

Speaking to NME at the launch of the Teenage Cancer Trust’s annual series of gigs, he said that they are currently working on a follow-up to 2013’s Bloodsports.

“We’re busy writing at the moment,” he said. “I’m very proud of Bloodsports, and the best thing about it is that it showed us that we can write new music, and relevant new music.”

He added: “We want to carry on writing and pushing forward, so we’re taking it somewhere else now. I think it’ll be out next year, as we’re just writing at the moment so realistically it will be next year.”

Suede will close the Teenage Cancer Trust’s annual series of gigs on Saturday March 30. They will play their second album Dog Man Star in its entirety to mark the 20th anniversary of its release. Suede last performed for the charity in 2010, their first show after a lengthy hiatus.

“That was our comeback show,” said Anderson. “We hadn’t played for seven or eight years and as a result it was a very emotional night. The Albert Hall is a very special venue too, I’ve got a lot of great memories of that place from down the years. Lots of elements like that made for an amazing show and if I had to choose my favourite show from 25 years of playing live it would be that one.

“I remember coming off stage and seeing [organiser] Roger Daltrey. I asked him what he thought and he said ‘It was great. A bit loud though.’ So if Roger Daltrey is saying a show was loud that’s quite an achievement. This time we’re doing Dog Man Star and part of the reason is the 20th anniversary, another part is that the 2010 show was so good we shouldn’t try to top it by doing the same thing again.”

Talking of Dog Man Star, Suede’s second album and final recording with their guitarist Bernard Butler, Anderson said it didn’t feel 20 years old, adding: “I’ve become objective about it, where once, when we released it, I was subjective. You don’t see an album with any perspective when you release it, but I suppose if 20 years later you still thought a record that’s actually shit was very good then there’d be something slightly crazy about you.”

“It’s hard for me to listen to in places because it does remind me of fights we were having, but it’s a beautiful record, dramatic and heartfelt. There should be more drama and emotion in music, that’s definitely lacking. And turbulence in a band is an important element, it can be a creative thing.”

He also ruled out Bernard Butler’s return for the live show, saying: “I don’t think he wants to come back. He’s happy doing what he’s doing.”