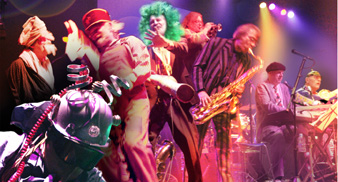 ‘Pour L’Amour Des Chiens’ features 70 minutes worth of new material from Neil Innes and co, 28 tracks – one of which is their own rendition of Kaiser Chiefs‘ ‘I Predict A Riot’.

The album, released on December 10, will also come with a bonus DVD – featuring previously unreleased live performances. Tracks include the classic ‘Urban Spaceman’ and ‘Jollity Farm’.

More tour dates are expected to be added soon.