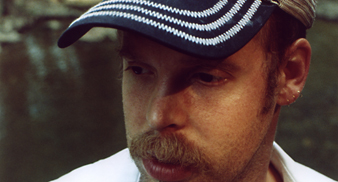 Bonnie ‘Prince’ Billy is set to release his new album, ‘Wolfroy Goes To Town’, on October 31 on the Domino label.

The follow up to 2010’s ‘The Wonder Show Of The World’ will be Will Oldham‘s ninth album release under the Bonnie ‘Prince’ Billy name.

Collaborators on the album include members of Oldham‘s touring band, Van Campbell, Ben Boye, Shahzad Ismaily, Danny Kiely, Angel Olsen and Emmett Kelly. Bonnie ‘Prince’ Billy will be touring the album this autumn in North America and mainland Europe. However, no UK dates have yet been announced.

The tracklisting for ‘Wolfroy Goes To Town’ is:

Bonnie ‘Prince’ Billy recently covered country legend Merle Haggard‘s ‘Because Of Your Eyes’, which you can hear below: