Bobby Womack: ‘Damon Albarn is like a young Sam Cooke’

Bobby Womack has told Uncut that Damon Albarn reminds him of 'a young Sam Cooke'. 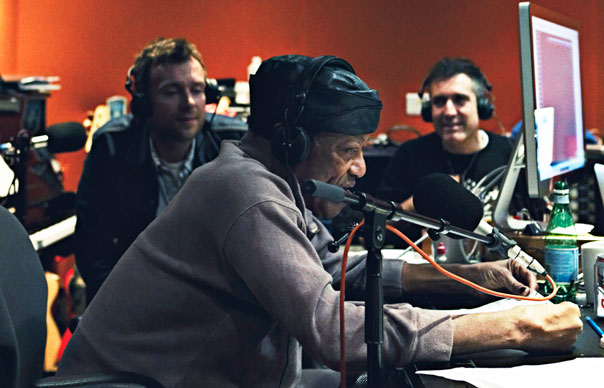 Bobby Womack has told Uncut that Damon Albarn reminds him of ‘a young Sam Cooke’.

Albarn, who recruited Womack to appear on Gorillaz’s 2010 album ‘Plastic Beach’, has worked on the singer’s forthcoming new album, titled ‘The Greatest Man In The Universe’, at his west London studio with producer and XL boss Richard Russell.

“Working with Damon was one of the best things that ever happened to me,” the soul veteran explained. “He is a special soul. I have known a few of those, though many of them, people like Sam Cooke and Wilson Pickett, have passed on.

“Damon is like a younger version of that old school, someone who actually believes in you and lets you express yourself.”

For more on Womack’s new collaboration with the Blur and Gorillaz songwriter, pick up the brand new, revamped April issue of Uncut, on newsstands from February 28.

‘The Greatest Man In The Universe’ is out in June on XL.

We’re really keen to find out more about our readers – what you’re listening to, how you buy your music, what other media you’re into.

For the chance to win £100 of HMV vouchers and a year’s subscription to Uncut, please take just five minutes to fill in our Uncut online survey.