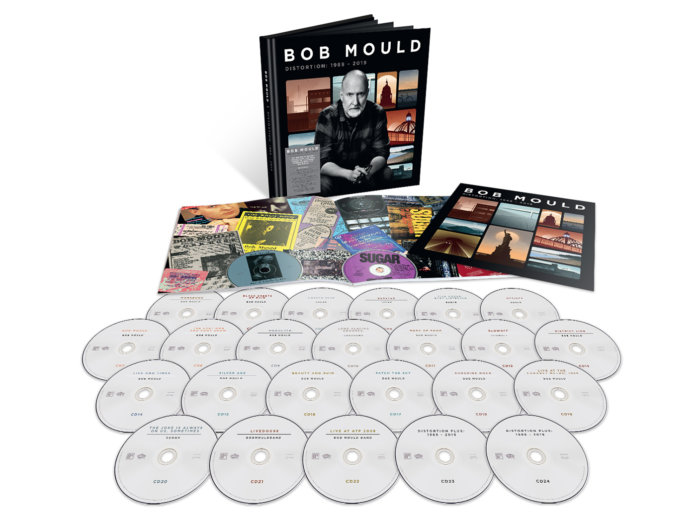 Hot on the heels of his new solo album Blue Hearts (out September 25), Bob Mould will release a huge CD and vinyl anthology comprising all his all post-Hüsker Dü work on October 2.

Distortion: 1989-2019 compiles for the first time the entirety of Mould’s recorded work from 1989 onwards: 18 studio albums, plus four live albums and two albums of rarities and collaborations.

Watch a version of Hüsker Dü’s “Could You Be The One?” live from Washington DC’s 9:30 Club in October 2005, which features on one of the rarities discs, along with other numbers from that show.

Distortion: 1989-2019 comes as a 24xCD box or in 8xLP quarterly vinyl instalments, with brand new artwork, ephemera, interviews, sleevenotes and testimonials from the likes of Richard Thompson and Shirley Manson.

Pre-order the box sets and see the full tracklistings and contents here.