They enjoy success on both sides of the Atlantic 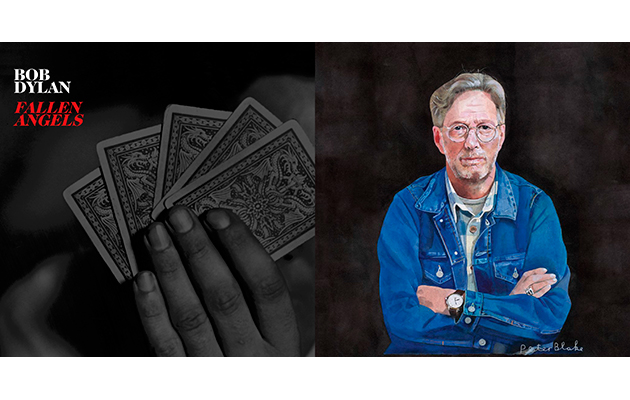 Bob Dylan and Eric Clapton have both scored Top 10 albums on both sides of the Atlantic.

In the UK album chart, Dylan’s new Fallen Angels album debuts at No 5 with Clapton’s latest, I Still Do, entering the chart at No 6.

In America, these positions are reversed, with Clapton at No 5 and Dylan one place behind him.

According to Billboard, Clapton’s album sold 44,000 copies with a further 2,000 streams sold.

Mudcrutch, featuring Tom Petty and his fellow Heartbreakers Mike Campbell and Benmont Tench, arrive at No 10 in the American album chart with their second album, 2.