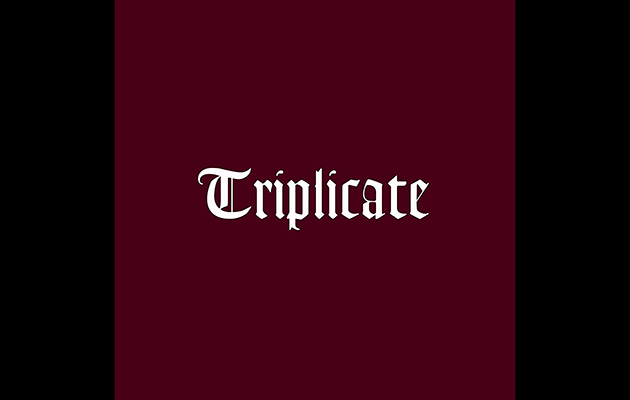 Bob Dylan has announced details of a new album, Triplicate.

Spread across three discs, each disc runs in a thematically-arranged 10-song sequence of American Songbook standards.

Triplicate will be released on March 31 in a 3-CD 8-Panel Digipak, a 3-LP vinyl set and a 3-LP Deluxe Vinyl Limited Edition packaged in a numbered case.

The album follows 2015’s Shadows In The Night and 2016’s Fallen Angels, which similarly featured Dylan and his band recording Songbook standards.

The complete vinyl track listing for Triplicate is as follows. The CD sequence and track listing is identical to the vinyl version, but each disc has only one side:

Disc 1 – ‘Til The Sun Goes Down
Side 1:
I Guess I’ll Have to Change My Plans
September Of My Years
I Could Have Told You
Once Upon A Time
Stormy Weather

Side 2:
This Nearly Was Mine
That Old Feeling
It Gets Lonely Early
My One and Only Love
Trade Winds

Disc 2 – Devil Dolls
Side 1:
Braggin’
As Time Goes By
Imagination
How Deep Is The Ocean
P.S. I Love You

Side 2:
The Best Is Yet To Come
But Beautiful
Here’s That Rainy Day
Where Is The One
There’s A Flaw In My Flue

Disc 3 – Comin’ Home Late
Side 1:
Day In, Day Out
I Couldn’t Sleep A Wink Last Night
Sentimental Journey
Somewhere Along The Way
When The World Was Young

Side 2:
These Foolish Things
You Go To My Head
Stardust
It’s Funny To Everyone But Me
Why Was I Born