Blur’s Original Line-Up To Rehearse In 2009

90s legends are planning to reconvene next year, says Albarn 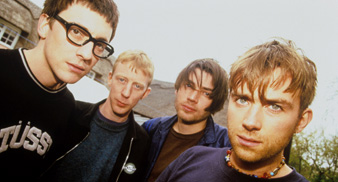 Blur‘s original line-up are set to rehearse together in the new year.

Frontman Damon Albarn confirmed that the four-piece are meeting up to play for the first time since sessions for 2003’s “Think Tank” this afternoon (November 25), according to NME.COM.

Speaking before a performance of his opera, “Monkey: Journey To The West”, at the BBC Radio Theatre in London, Albarn said: “Blur are certainly going to rehearse and see if we sound like we used to.”

The band’s last full album with all four original members was 1999’s “13”, with guitarist Graham Coxon only featuring on one track on its follow-up “Think Tank”.

The “Monkey…” performance will be broadcast on Saturday (November 29) on BBC Radio 2.