My Bloody Valentine on the past, present and future of Loveless

Exclusive: Kevin Shields and his bandmates tell the full remarkable tale of their masterpiece in the new issue of Uncut 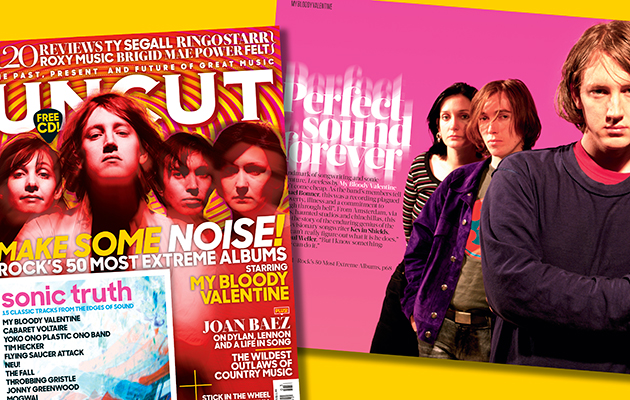 This month’s long-awaited, all-analogue vinyl remaster of My Bloody Valentine‘s Loveless is not the end of the story for the band’s legendary 1991 album.

In this month’s Uncut – on sale from January 18 – bandleader Kevin Shields reveals his plans for an “ultimate version” of Loveless: “Three songs a side… that’s the next challenge!”

A landmark of songwriting and sonic adventure, Loveless didn’t come cheap. As Shields and his fellow bandmates Colm Ó Cíosóig, Debbie Googe and Bilinda Butcher recall, this was a recording plagued by poverty, illness and a commitment to “plough through hell”.

“We did over a year’s worth of test pressings. It was a crazy process. It’s not over.”

From Amsterdam, via squats, haunted studios and desert festivals, we tell the definitive story of this groundbreaking band and their visionary songwriter. “I still can’t really figure out what it is that Kevin does,” says Paul Weller. “But I know something: only he can do it.”

The issue also features a rundown of Rock’s 50 Most Extreme Albums – from Lou Reed to Ty Segall – while our free 15 track-CD features 15 classic tracks from the edge of sound, including the Valentines, Cabaret Voltaire, Yoko Ono Plastic Ono Band, Flying Saucer Attack and Mogwai.

Elsewhere in the issue, there are new interviews with Joan Baez, Stick In The Wheel, Gary Numan, Jethro Tull and many more and we also look back on the rise of progressive country in 70s’ Austin, Texas.