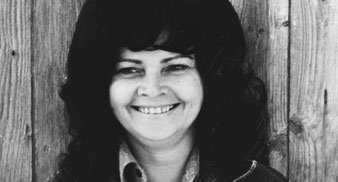 Country singer Billie Jo Spears has died at the aged of 74.

Spears, who is best known for her 1975 hit ‘Blanket On The Ground’, passed away at her home in Vidor, Texas yesterday morning (December 14). She had been battling cancer.

The singer’s other hits included ‘What I’ve Got In Mind’, ‘Misty Blue’ and ‘If You Want Me’. She continued to tour right up until her death, despite having triple bypass heart surgery in 1993.

The Texan singer had been scheduled to make a number of UK appearances next May as part of her tour entitled ‘Ladies Of Country’, reports BBC News.

During her career, she released 17 studio albums, six compilation albums, and 46 singles. Her breakthrough hit came in 1969, with ‘Mr. Walker, It’s All Over,’ which peaked at Number Four on the Billboard Country Singles chart.

In November 2010 Spears was inducted to Vidor’s Wall of Fame.