Black Sabbath have revealed that they are six tracks into recording their new album. Tony Iommi has said that the final album will consist of 15 tracks. The Guardian quotes the guitarist as saying: "We've written the 15 songs and we've played them all, but now at the moment we're recording them. We're about six tracks in at the moment." 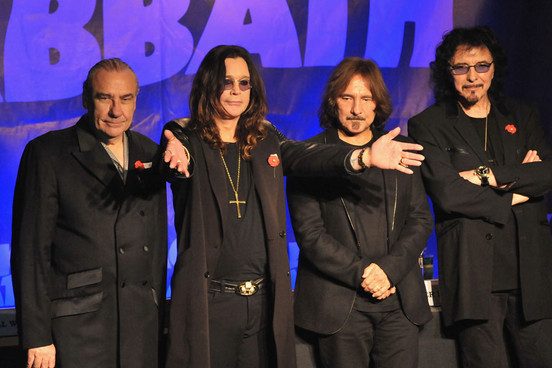 Black Sabbath have revealed that they are six tracks into recording their new album.

Tony Iommi has said that the final album will consist of 15 tracks. The Guardian quotes the guitarist as saying: “We’ve written the 15 songs and we’ve played them all, but now at the moment we’re recording them. We’re about six tracks in at the moment.”

Iommi also confirmed that the legendary metal band are working on the new album, which is due for release in April of next year, without original drummer Bill Ward. “We’ll always have a heart for Bill, but I think it’s gone past that now, because it’s gone on so long I don’t see that happening at the moment,” he said.

Last month, Ward said to Eagles Of Death Metal frontman Jesse Hughes in On The Road – Black Sabbath and the Birth of Heavy Metal – which you can view at Vice.com – that he hoped to make amends with the band.

In May of this year, Ward issued a statement which explained that he would not be taking part in any of the Black Sabbath shows set for the summer, following on from previous claims he’d made that he had been unhappy with the contract he’d been offered to work on the band’s new album and tour.

Black Sabbath headlined Download Festival and also played a small show at Birmingham’s O2 Academy and well as headlining Lollapalooza in Chicago in August, all with a replacement drummer.

Black Sabbath will be playing shows in Australia next year, their first in the country since 1974.