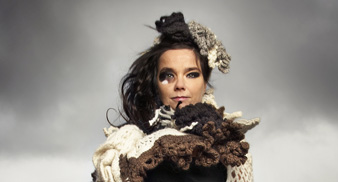 Bjork, Snoop Dogg, Damon Albarn and Wu Lyf are set to take part in the Manchester International Festival in July.

The Icelandic singer will play six shows at the festival, playing songs from her new ‘Biophalia’ album.

The album, her seventh, has been partly composed on an iPad and is set to be released in the form of a series of apps.

Damon Albarn, meanwhile, is to premiere his new Doctor Dee show at the festival. Inspired by the life of 16th century scientist John Dee, Albarn has co-created the work with celebrated theatre director Rufus Norris.

Wu Lyf are also playing a one-off gig as part of the festival. The fast-rising indie band will play a show in a tunnel in the city’s Great Bridgewater Street on July 16.