Smashing Pumpkins frontman goes on the offensive during album promo... 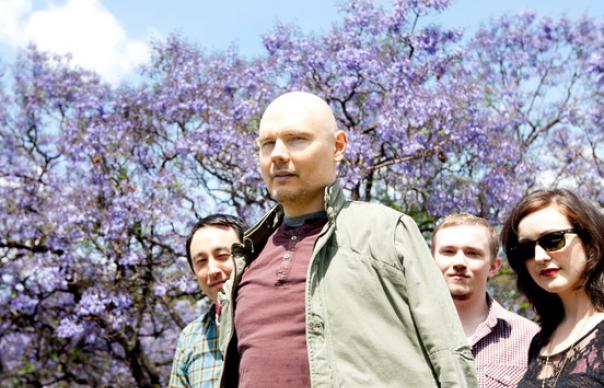 Smashing Pumpkins frontman goes on the offensive during album promo…

Billy Corgan has dismissed fellow rockers Pearl Jam as “derivative” and Foo Fighters as undeveloped after claiming that he “can out write” all of his generation.

In an appearance on The Howard Stern Show promoting the Smashing Pumpkins‘ new record, Monuments To An Elegy, Corgan said Nirvana and Smashing Pumpkins were in their own class among 90s alt-rockers. “I think the work speaks for itself,” he said. “I know [Pearl Jam] have a tremendous fan base, and they should, they’re a great band, but I’m a Beatles guy, I’m a Stones guy, I’m a Kinks guy. To me a lot of other bands don’t have the work.”

Corgan added that it was a “mystery” how Pearl Jam have maintained their arena status “because I just don’t get it.” “I think if you stack my songs up, Cobain’s songs up, and that band’s songs, they just don’t have the songs,” he said.

The singer also divulged that he wasn’t “particularly thrilled” by Foo Fighters‘ lack of evolution as a band because he holds Dave Grohl to Nirvana standards. “Dave is a great musician, a great songwriter and has done the work but to me, my criticism of the Foo Fighters, if I’m being a music critic, is that they just haven’t evolved and that’s sort of the recent wrap on them is, you know, making the same music,” he said.

“Obviously, I’ve put my whole life on the line for making different types music as I’ve gone along. We’ve talked last time I was here about playing old songs, evolving and it’s just my mentality. I know it’s not for everybody. Listen, [Dave’s] getting it done so it’s like, if you want to be competitive, my philosophy against his, he’s the one winning.”

Corgan’s remarks come after he told Time Out that most of his contemporaries “are living off fumes” or producing lesser work. “As for my generation, I feel I could take the same position I’ve always taken: I can out-write all of them and I’ll do so until the day I die.”

Smashing Pumpkins’ new album was released this month. Corgan recently told NME he was forced to change his approach to making music with the band ahead of the album, explaining that if they didn’t update what they were doing the band would be “dead in the water”.