Billy Corgan: ”Siamese Dream’ was my middle finger to the indie world’

Frontman also talks about his 'suicidal' phase during the album's recording 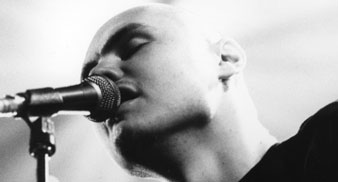 Smashing Pumpkins frontman Billy Corgan has spoken about the recording of the band’s classic 1993 second album ‘Siamese Dream’ and has described it as his “middle finger to the indie world”.

The singer, who is currently preparing for the release of his band’s ninth studio album ‘Oceania’, which is due to come out in early 2012, said that he viewed ‘Siamese Dream’ as the album that has “come through the best”.

Asked about how he viewed ‘Siamese Dream’ now, Corgan replied: “Even though it wasn’t the one that sold the most, it’s the one that seems to have come through the best. As dark a records as ‘Siamese Dream’ is, there’s a lot of fun in it, it’s almost like we’re kind of laughing at how stupid the whole thing is. It’s like, here’s my pop song about suicide and here’s my epic song about child abuse, and here’s my big middle finger to the indie world.”

He said of this: “I was suicidal, and I’d been plotting my own death for about 2 months, and if you’ve ever read anything about the warning signs of suicide one of them is you give away all your stuff, and I’d given away all my stuff, I gave away all my records, I started giving away my guitars. I was fantasising about my own death, I started thinking what my funeral would be like and what music would be played, I was at that level of insanity”.

Corgan also spoke about the fact that during the recording of the album, he would often re-record the parts his bandmates at the time D’Arcy Wretsky and James Iha had played in order to achieve the sound he wanted.

To hear the full interview with Billy Corgan and an interview with the album’s producer Butch Vig, listen To Zane Lowe on BBC Radio 1 tonight (November 21) from 7pm.