The latest updates from MurrayWatch 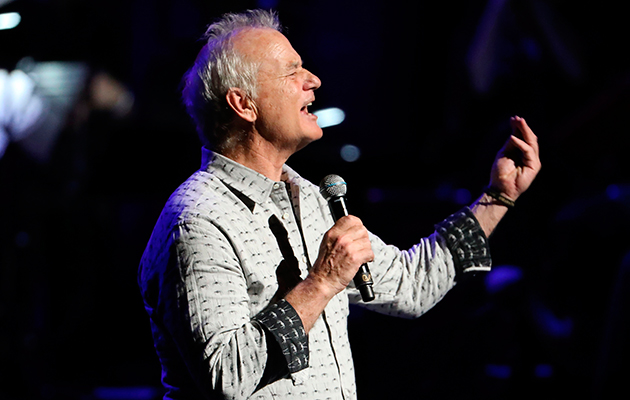 Regular readers to this blog will hopefully be up to speed with the extra-curricular activities of Bill Murray – many of them involving singing.

Many will recall his karaoke rendition of Roxy Music’s “More Than This” during Lost In Translation. More recently, we’ve reported on that time Murray covered a Bob Dylan song and a recent animated video featuring Murray and Paul Shaffer – an old comrade from the Saturday Night Live days.

In retrospect, these seem like dry-runs as Murray now prepares to launch a full-scale music career. But, this being Bill Murray, it is not a conventional project. For his debut album New Worlds, Murray will sing and perform literary readings over chamber music from a trio led by cellist Jan Vogler.

According to the New York Times, Murray singing songs from Gershwin and Stephen Foster and reading selections from Whitman, Hemingway and Twain while the ensemble play Schubert, Bach, and Piazzolla.

Murray and the trio performed music from the album at a music festival in Dresden on Sunday, Consequence Of Sound reports. He also delivered a cover of Van Morrison’s “When Will I Ever Learn To Live In God?“. Watch fan-shot footage below.