BIG STAR ON THE BIG SCREEN 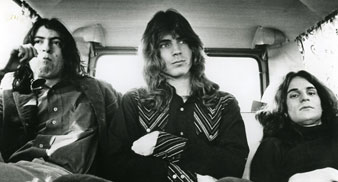 A Big Star biopic is being developed more than 30 years after the original band disintegrated.

Alex Chilton’s power-pop gods have been influential on a whole host of brilliant bands including Primal Scream, The Replacements, R.E.M and Teenage Fanclub.

The film is being adapted from Uncut contributor Rob Jovanovic’s definitive book about the band, Big Star – The Story of Rock’s Forgotten Band, published last year by Fourth Estate.

Based on new interviews with the band, family, friends and major players at Ardent Studios in Memphis, Jovanovic’s book covers the Big Star story from their childhoods to their reunion and 2005 comeback album, In Space.

The film is being developed by Melissa Wagman at Clearvision Production.
Filming is expected to begin in 2007.