Beyonce, Coldplay and U2 to headline Glastonbury?

Gossip website says they are confirmed to top festival bill 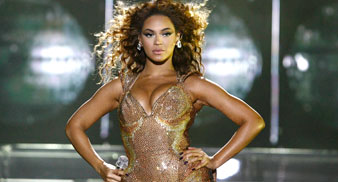 Beyonce and U2 are reportedly confirmed to join Coldplay as headliners of this year’s Glastonbury festival.

Festival organisers are yet to officially announce the headliners, but U2 have long-since been rumoured to be playing this year’s event. They cancelled their slot last year due to singer Bono having surgery. Organiser Michael Eavis previously said he’d asked the band to play at the 2011 festival.

Now gossip website Holymoly.com has claimed that U2 and Beyonce are both booked, with Coldplay already revealed as headliners.

Beyonce visited the festival in 2008, when her husband Jay-Z headlined, but she has never performed at the event.