Belle And Sebastian Finish Follow-Up To The Life Pursuit 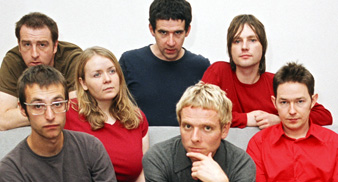 Belle and Sebastian have revealed that work on their anticipated eighth studio album is finished, and singer Stuart Murdoch hopes to finish mastering it this month.

Updates on the follow-up to 2006’s The Life Pursuit have not been fortchcoming from the band, but Murdoch has finally spoken through the B&S website, saying that the album called God Help The Girl is nearly ready.

Murdoch writes: “I’m aiming to master all the ‘God Help The Girl’ songs by the end of November. I think there are 18 of them. It’s a good feeling to think about making records. Sleeves and schedules, running orders and what not. It’s been so long since I did it that, I suspect the landscape has changed”.

He adds contemplatively: “Do you get the same thrill when you look forward to a record coming out? I suppose I must ask the youngsters among you, because age dulls most thrills. But youngsters, where are your thrills coming from? Do you desire the sensation that is the Long Playing Record. Does pop music teach you and hold you and thrill you the way it used to? The way it did to us?”

The Divine Comedy’s Neil Hannon and Smoosh’s Asy are both guest vocalists on the forthcoming album.

Belle and Sebastian are also confirmed to perform at this year’s Hogmanay celebration in Edinburgh.

The bands BBC Sessions album is also set for release this month, out on November 17.