The singer to play two UK venues before playing in London 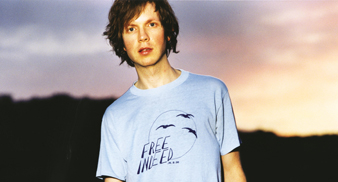 Beck has announced that he is to play two UK headline live shows, in the run up to his performance at this year’s Wireless Festival in London’s Hyde Park.

The singer, whose classic Odelay album has just been expanded and reissued is set to play two wram-up shows, the first at Southampton’s Guildhall on July 1 and the second at Manchester Apollo on July 2.

Beck, who has recently recorded a brand new studio album with producer Danger Mouse is to play at Wireless Festival on July 4, the same day that former Smiths’ frontman Morrissey headlines.