Paul Heaton and Co round off a successful comeback year 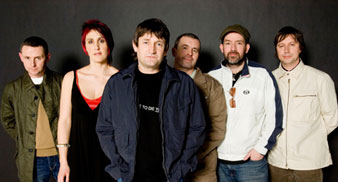 They’ve been touring the States in their Superbi bus, and now The Beautiful Southare set to play a string of dates in December.

North-east’s finest cap a year that has included touting their acerbic soft-rock across the globe.

During the summer the band played everywhere from the Isle of Man to Dublin’s Croke Park with Robbie Williams in front of 85,000 people.

The band also released their 10th Top 10 album, ‘Superbi’, in May 2006, which coincided with the 20th anniversary of Paul Heaton first entering the Top 10, with his previous band The Housemartins – whose other alumni, Norman Cook, has also carved out a pretty nifty career for himself.

‘Superbi’ was hailed as a return to form with lyricist Paul Heaton at the top of his game. Even after 17 years, the South are still masters of the deceptively mellifluous pop ditty.

And live, they rock. See for yourselves on these pre-Xmas dates: