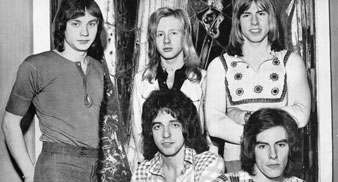 Five of the classic line up and former member Duncan Faure accuse the record label of with-holding tens of millions in royalties over a twenty-five year period.

The Rollers, who disbanded in 1981, claim the money owed to them has been generated from continued album sales, merchandising, downloads and mobile ringtones.

This includes a ‘Greatest Hits’ issued by Arista in 2004, which sold well and renewed interest in the band.

According to the lawsuit Arista have stated they are holding royalties
entitled to the band until it has received clear instructions as to how it
should be distributed.

The issue was also covered in the Channel Four documentary “Who Got The Rollers’ Millions?” The programme collated claims that the group sold 100-300 million records but only generated the equivalent of five thousand million pounds in revenue because of defrauding activity on the part of their management and record company.