Bat For Lashes has announced her first UK show for over a year. 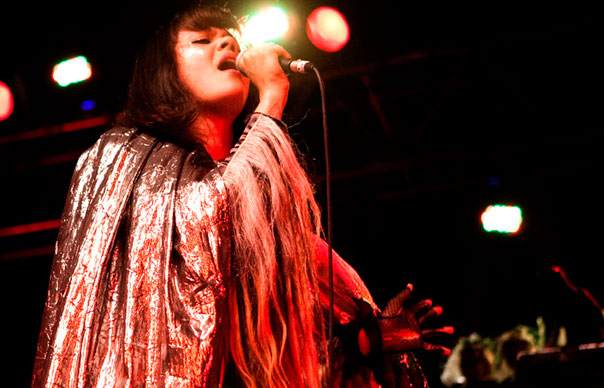 Bat For Lashes has announced her first UK show for over a year.

The singer, who has spent the last 18 months working on the follow-up to her second album ‘Two Suns’, will play Cambridge Junction on June 13.

The show will act as a warm-up for the singer’s lengthy run of festival appearances, which stretches right across the summer.

Bat For Lashes has not said how much of her new material she will be previewing during her summer shows as yet. She has also yet to reveal any song titles or the name of her third album.