Damon Gough is on the road again 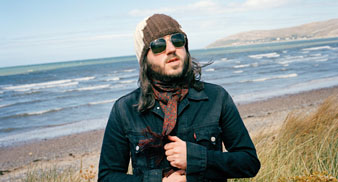 Badly Drawn Boy aka Damon Gough has confirmed details of a new tour for February, kicking off at Dublin’s Olympia.

Gough, who won the Mercury Music Prize in 2000, for “The Hour of Bewilderbeast”, has just released a new album for EMI, entitled “Born In The UK” – featuring personal lyrics and stories about his experience growing up in Britain.

Around the release of the new studio album – Gough played some strange and intimate venues, including fish ‘n’ chip shops, around the country – the money raised went to Oxfam.

You can catch Damon Gough at the following venues early next year: