... with Slash and McKagan 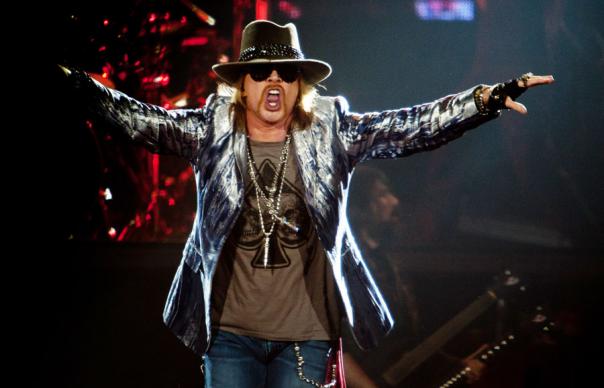 Axl Rose confirmed earlier this week that he has been developing new Guns N’ Roses material with original members Slash and Duff McKagan.

Whilst in conversation with Sir David Tang at London’s China Exchange, Rose said: “I got a lot of stuff together, and I played some stuff for Slash and Duff and they liked it, and they might be on it.”

This could signal some of the first new material featuring any resemblance to an original Guns N’ Roses line up in over 20 years.

For Guns N’ Roses fans, the news will come as a sigh of relief. 2008’s Chinese Democracy is the most expensive rock album ever to be produced in music history, taking 13 years to make, and listing 14 studios and countless lineup changes in the credits.

In the interview, Rose also discussed his plans to write a book on his GNR career, projects for an upcoming UK tour, and the difficulty in filling Brian Johnson’s shoes at recent AC/DC live shows: “sing it wrong and you may not be singing again”.

Watch footage from the full interview below.