Attempts made to resuscitate Jackson ‘For more than one hour’

Jermaine Jackson asks for 'privacy' after news of Michael's death 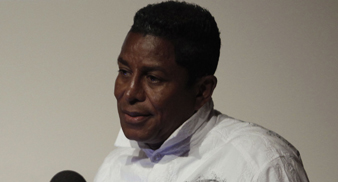 Michael Jackson who died yesterday (June 25) of a suspected heart attack was in resuscitation at Ronald Reagan UCLA in Los Angeles for more than an hour, his brother Jermaine Jacksonsaid in a statement last night.

Speaking on behalf of the family, Jermaine gave the following comment at a short press conference to confirm Michael’s sudden death:

“This is hard. My brother, the legendary king of Pop michael jackson passed away on Thursday June 25 2009 at 2.26pm It is believed he suffered cardiac arrest in his home. However, the cause of his death is unknown until the results of the autopsy are known.

His personal physician who was with him at the time attempted to resusitate my brother and, as did the paramedics who transported him to Ronald Reagan UCLA. Upon arrival at the hospital at approximately 1.14pm a team of doctors including emergency physicians, cardiologists attempted to resusitate him for a period of more than one hour. They were unsuccessful.

Our family please request that the media please respect our privacy during this tough time.

And may Allah be with you Michael always. I love you.”

Fans had been gathering outside UCLA hospital from the moment reports of the entertainment legend got out and fans around the world have expressed their grief with floral and candle tributes at various sites around the world, from his family home and Neverland ranch to Madame Tussauds in Shanghai.