The Faces and Rolling Stone guitarist is going to answer your questions! 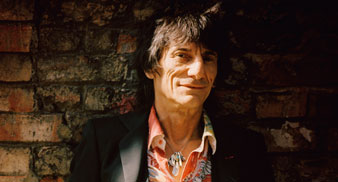 As Ron Wood reconvenes with some of his old bandmates in the Faces and prepares to release a new solo album, he will appear in Uncut as part of our regular An Audience With… feature.

So is there anything you’ve always wanted to ask the guitar hero?

What does he remember about backing Bob Dylan at Live Aid with Keith Richards?

Could the Faces have ever been bigger than the Stones?

Which painters does he most admire?

Send your questions by Tuesday, August 17 to uncutaudiencewith@ipcmedia.com

We’ll put the best of them to Ron in the near future!