Win and Regine are to answer your questions... 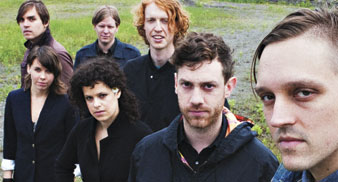 Ahead of their headline slot at London’s Hyde Park on June 30, Arcade Fire’s Win Butler and Régine Chassagne will be answering your questions.

So, is there anything you’d like to ask them?

They’ve worked with Spike Jonze, Terry Gilliam and Richard Kelly. Are there any other film makers they’d like to collaborate with?

They covered Cyndi Lauper and Creedence Clearwater Revival recently. Can we expect any other unusual covers at the forthcoming Hyde Park show?

What exactly is an ‘arcade fire’?

Send your questions to uncutaudiencewith@ipcmedia.com by Monday, April 11.

We’ll put the best questions to the band, and their answers will appear in a future edition of Uncut.