The Queen Of Soul passed away at home in Detroit 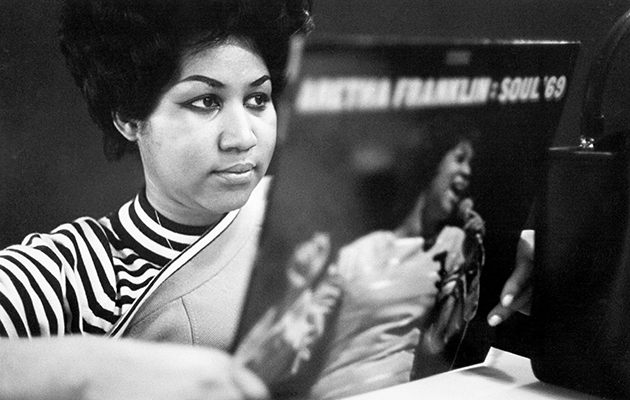 The ‘Queen Of Soul’ passed away at home in Detroit today (August 16, 2018) after suffering from advanced pancreatic cancer. She had previously received treatment for a tumour in 2010.

Franklin, one of the most important figures in popular music, was born in Memphis in 1942, but mainly grew up in Detroit, where she began singing at the New Bethel Baptist Church where her preacher father, CL Franklin, ministered.

She released her first album, Songs Of Faith, in 1956, but it wasn’t until 1961 that she made her first secular album, Aretha: With The Ray Bryant Combo. After signing to Atlantic in 1967, Franklin truly hit her stride, releasing hit singles such as “(You Make Me Feel Like) A Natural Woman” and “Respect”. The next decade saw a run of hit albums, including the much-loved live gospel LP, Amazing Grace.

After her first flush of superstardom, she went on to duet with the likes of George Benson, George Michael and Eurythmics in the 1980s, and also became the first female performer to be inducted into the Rock And Roll Hall Of Fame.

In 2009, she performed to a huge global audience at Barack Obama’s inauguration, and five years later released what would be her final original album, Sings The Great Diva Classics.

Franklin spent her final days at home in Detroit, where she was visited by her family and friends including Stevie Wonder and Jesse Jackson.

To celebrate the release of an upcoming boxset of her classic singles, the new issue of Uncut, out today, takes a look at the making of Franklin’s immortal “I Never Loved a Man (The Way I Love You)”, her first huge chart success. The following issue will, of course, feature a substantial obituary to the Queen Of Soul.