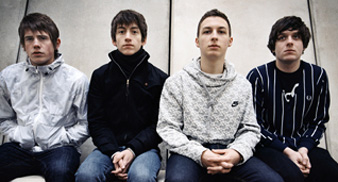 Arctic Monkeys have named their new album ‘Suck It And See’, and will release it on June 6.

The album, their fourth, was produced by James Ford at Sound City Studios in Los Angeles. It features 12 new songs including ‘Brick By Brick’, which was leaked onto the internet last week.

The album will be the Sheffield band’s first since 2009’s ‘Humbug’, which Simian Mobile Disco man Ford also did some production work on, alongside Queens Of The Stone Age‘s Josh Homme.

It will arrive just before the band’s Sheffield Don Valley Bowl gigs, set for June 10 and 11.

The tracklisting of ‘Suck It And See’ is: