She is survived by her children, Marlon and Angela, and her grandchildren 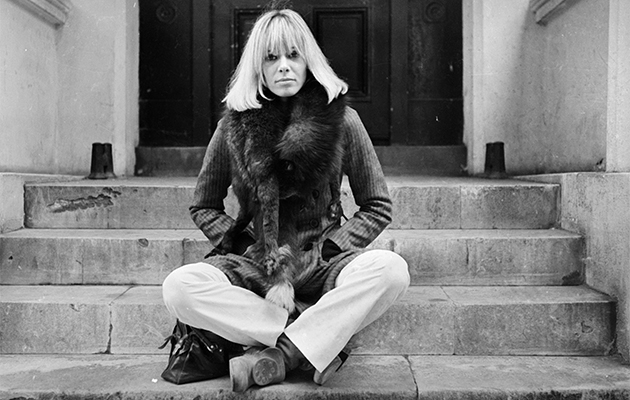 The news was made public on Instagram by Stella Schnabel, the daughter of American painter and filmmaker John Schnabel. “I have never met a woman quite like you Anita,” she wrote.

Pallenberg was born in Rome in 1944. During the early Sixties, she worked as an in-demand model and an actress, where her credits included Barberella, La Dolce Vita, Candy (opposite Marlon Brando) and – later –
Performance, where her co-star was Mick Jagger.

“I was lucky to be around in Rome in 1960 just as La Dolce Vita and all that was happening,” she told The Times in 2010. “I met Fellini, Visconti, Pasolini and all those guys. Then in New York I knew Allen Ginsberg, Gregory Corso, William Burroughs, and in Paris, when the French New Wave was in full swing, I hung out with Buñuel and Truffaut. Back in New York again with my then boyfriend we hung out with all the pop artists: Warhol, Nico and that lot.”

Pallenberg entered the Rolling Stones orbit in 1965, when she met Brian Jones in Munich.

“She almost single-handedly engineered a cultural revolution in London by bringing together the Stones and the jeunesse dorée,” wrote Marianne Faithfull in her autobiography, Faithfull. “The Stones came away with a patina of aristocratic decadence that served as a perfect counterfoil to the raw roots blues of their music. This… transformed the Stones from pop stars into cultural icons.”

She was involved with Jones first, before embarking on a long-term relationship with Keith Richards

In 1994, Pallenberg gained a degree in fashion from Central Saint Martins and briefly worked with Vivienne Westwood.

She also appeared alongside her friend Marianne Faithfull in a 2001 episode of the BBC sitcom Absolutely Fabulous, playing The Devil to Faithfull’s God. More recently, she appeared in Harmony Korine’s 2007 film Mister Lonely.

Pallenberg is survived by her children, Marlon and Angela, and her grandchildren.