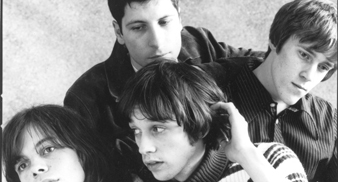 Ride are the latest band to hit the reunion trail, following the recent reformations of other indie icons the Jesus and Mary Chain.

Ride fronted by Andy Bell and Mark Gardener were at the forefront of the shoegazing scene until the band’s disintegration in 1996.

Members of the group have pursued various musical pursuits since the band’s split, most notably Andy Bell who formed the short-lived Hurricane#1, and then went on to become a permanant bassist for Oasis.

Mark Gardner has also toured extensivley as a solo artist, whilst drummer Laurence Colbert has been drumming with the newly reformed Jesus and Mary Chain.

Ride are tipped to play the North By Northeast Music and Film Festival in Toronto, Canada. The festival takes place June 7-10.

There is no word yet whether Ride will play any UK dates, though a live DVD is being planned for release soon.