Check out the dates here! 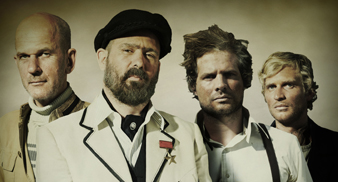 American Music Club have announced that they will be touring the UK in September. The band will be playing tracks from the new album, The Golden Age, alongside tracks from their back catalogue that haven’t been performed for many years.

AMC will also make their only UK festival appearance at Dorset’s End of the Road on September 12.