The New Orleans musician suffered a heart attack in Spain 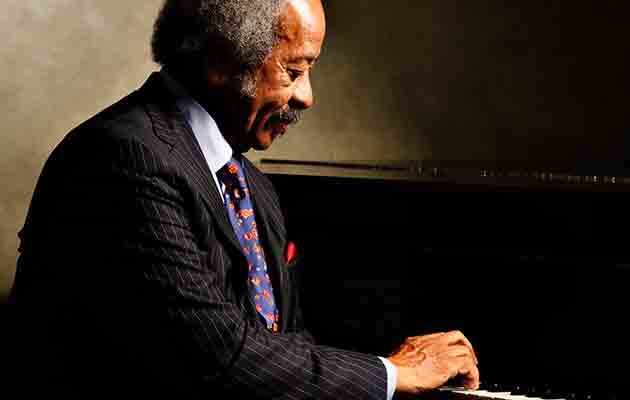 “ One of the best songwriters that New Orleans every produced,” said Richards in a statement released to Uncut. “Another good bye to another good friend!”

According to the BBC, Toussaint suffered a heart attack shortly after coming off stage at Madrid’s Teatro Lara on Monday night.

He was found in his hotel and resuscitated – but suffered a second heart attack en route to hospital.

Toussaint was born in 1938 in New Orleans, where he became involved in music from an early age.

“My mother was very happy about it,” he told Uncut in 2013. “In fact when she saw I had such an interest, at about eight years old she enrolled me in the junior school of music at Xavier University. I had about seven or eight lessons before she gave up and said: “It’s too late. The boogie woogie’s got him.”

He started out as an apprentice to composer, bandleader and producer Dave Bartholomew before branching out to become a prolific songwriter and producer.

Among his many hits, he wrote Lee Dorsey’s “Working In A Coal Mine“, produced Dr. John’s “Right Place, Wrong Time” and “Lady Marmalade” by Labelle.

He also wrote for Jessie Hill, Ernie K-Doe, Benny Spellman and Irma Thomas, while his songs have been covered by Otis Redding (“Pain In My Heart”), Little Feat (“On Your Way Down”), Robert Palmer (“Sneakin’ Sally Through the Alley”) and Lowell George (“What Do You Want the Girl to Do”).

When the Rolling Stones covered “Fortune Teller”, Toussaint joked: “I was so glad when the Stones recorded my song – I knew they would know how to roll it all the way to the bank.”

In 2005, Toussaint was forced to flee New Orleans in wake of Hurricane Katrina. He settled in New York and began Sunday lunchtime solo concerts at Joe’s Pub.

He was due to play the London Jazz Festival this weekend.