Alice Cooper Teams Up With Lemmy And Joan Jett 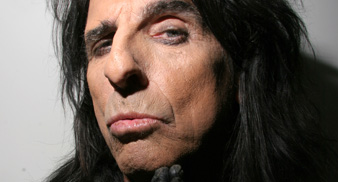 Original shock rocker Alice Cooper has announced details of a tour with
fellow rock artists Motorhead and Joan Jett and the Blackhearts.

The three acts are friends and have previously toured together, Cooper
saying, “…we’re looking forward to an all out high energy show every night.”

Part of his world tour to promote forthcoming album “Along Came A Spider”,Cooper commented “…is like a ‘No Mercy’ tour, we’re not showing any mercy to anyone.”

Both Motorhead and Joan Jett released albums last year, with the Lemmy led three piece especially acclaimed for the 18th record of their career, “Kiss Of Death”.

The 10-date tour begins at Sheffield Hallam Arena on November 6, with Cooper promising, “They just don’t do anymore, but we’re going to do it.”