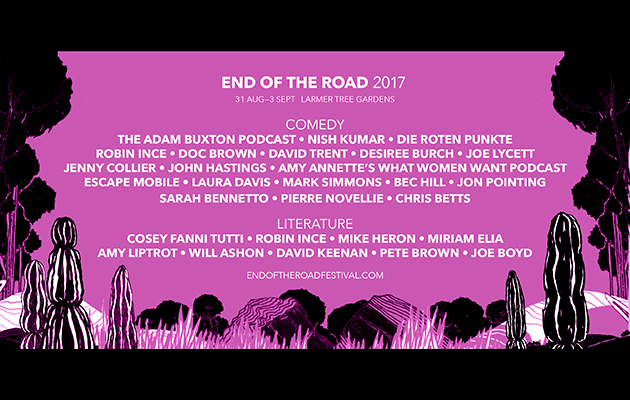 Adam Buxton, Cosey Fanni Tutti and The Incredible String Band‘s Mike Heron are among the acts announced for End Of The Road‘s comedy and literature stages.

The Adam Buxton Podcast returns to the Comedy Stage, alongside Cardinal Burns, Robin Ince, Nish Kumar and more, while Cosey Fanni Tutti and Mike Heron join the likes of Amy Liptrot, Miriam Elia and David Keenan on The Library Stage.

Tier 4 tickets are now on sale at £189. There are no booking or transaction fees. A deposit scheme allows people to pay £45 now and the balance by 15 June. You can find more information by clicking here.