ABBA perform together for the first time in 30 years

"We’ve made this journey throughout our history… It’s been very nostalgic.” 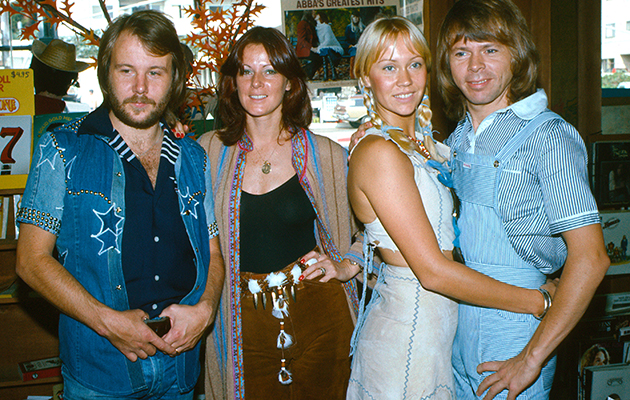 The four members of ABBA surprised fans with an impromptu singalong at a private party in Sweden on Sunday.

The party, which took place at Stockholm’s Berns Hotel, was a celebration of Bjorn Ulvaeus and Benny Andersson’s 50th anniversary of their writing partnership. Agnetha Faltskog and Anni-Frid Lyngstad performed the song “The Way Old Friends Do“, and Ulvaeus and Andersson joined in toward the end.

This marked the band’s first public performance in 30 years. Their previous one was on Swedish version of show This Is Your Life, which was three years after their 1983 split.

They won the Eurovision song contest in 1974, and have since sold almost 400 million albums worldwide.

ABBA have been under intense pressure to reunite since splitting, reportedly being offered $1bn dollars (£689m) to tour in 2000. Fans had therefore long stopped hoping for a reunion like the one seen on Sunday.

Andersson told Sweden’s Expressen newspaper: “It’s been a great night,” and Lyngstad said: “It was absolutely amazing. A lot of emotions… We’ve made this journey throughout our history. Benny and Bjorn in particular. It’s been very nostalgic.”

This performance comes after a small amount of public appearances together – including the premiere of Mamma Mia! in 2005, and the recent opening of an ABBA-themed restaurant in Sweden.