25 albums you must hear this year - starting with Arctic Monkey Alex Turner... 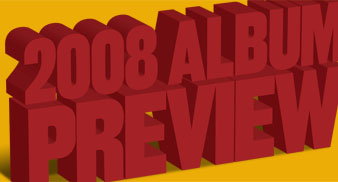 “Just two mates having a laugh!” The Arctic Monkeys‘ frontman teams up with a pal from rated indie newcomers The Rascals for a “big, epic, Scott Walker-style” set.
~

ALEX TURNER: I first met Miles when [Kane’s previous band] The Little Flames supported the Monkeys in 2005. We would hang out with the three of them who eventually became The Rascals, but we didn’t talk about doing tunes together for ages. Originally it was a bit of joke, we used to say, “When we do our album together…” for a laugh. It snowballed from there, really. I’ve always wanted to do a tune with someone else singing.

Look at Queens Of The Stone Age, they’ve had guests on their albums like Mark Lanegan. There’s nothing to be frightened of there. We finish the album the week before Christmas, then we’re going to mix it in January. I love the tunes on it. We wanted to do something like Scott Walker. There’s other influences that are prominent, but Scott Walker will be the lining of it.

We’re doing some strings with a guy called Final Fantasy, who does a lot of the Arcade Fire strings. What’s the feel like? Polo necks! Polo-tastic. I feel like I’ve said “Polo neck” 20 times in the last two days. You know when you say a word so many times.? Anyway, we recorded it in France. Lots of bedbugs, but Miles was the only one that got attacked. Everyone else was sound, but Miles got lots of bites. He was sleeping in his flip flops and socks. He got the fleas! It well upset him! I was all right. But I’m very excited about that record.

MILES KANE: Me and Al met when our bands toured together a couple of years ago now and we became mates and started hanging around and doing some tunes together backstage. It’s just dead easy and as soon as we started doing it, it worked. So when we had some tunes we thought, let’s go and record them, no big thing, just two mates having a buzz. We were in France for two weeks. [Klaxons producer] James Ford produced it and played drums. Me and Al did all the bass and guitar and vocals. We recorded it pretty live. We’ve used minor chords and a lot of reverb, so it will sound quite ghostly.

Some of the lyrics in the tunes are quite sad, but not in a depressing way. We’ve got this tune called “The Chamber”. There’s a bit of everything in there, but it’s not like the Monkeys. The songs are just really good, amazing tunes, quite big and epic. I don’t know what we’ll call ourselves, we were thinking Turner & Kane, and nobody’s yet said it sounds too serious. We were thinking maybe of calling the album Shadows, maybe something like that. We were even thinking we should be called that… But let’s just finish the tunes and worry about the rest later.

See the February issue of UNCUT, in stores now, with info on 24 more albums that you must hear, coming in 2008 – including Dexy’s Midnight Runners, R.E.M and Primal Scream.