There's a review I've written in the new Uncut of Colfax, the debut album by The Delines, the new band formed by Richmond Fontaine singer and song-writer, Willy Vlautin. I had a few questions for Willy that he answered by email, an extract for which runs alongside the review in the current issue. I thought it might be worth running the whole interview here. 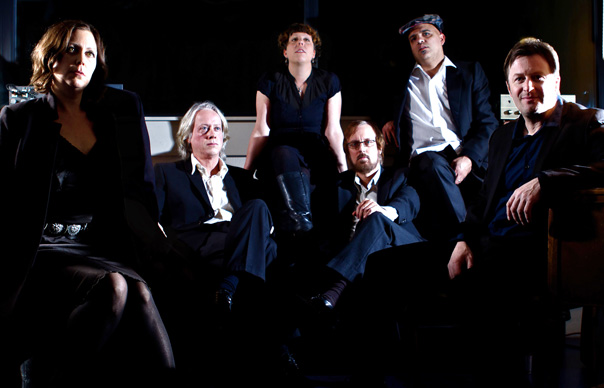 There’s a review I’ve written in the new Uncut of Colfax, the debut album by The Delines, the new band formed by Richmond Fontaine singer and song-writer, Willy Vlautin. I had a few questions for Willy that he answered by email, an extract for which runs alongside the review in the current issue. I thought it might be worth running the whole interview here.

UNCUT: When and where did you first hear Amy sing?
WILLY VLAUTIN: Amy and her sister Debora are in a great band out of Austin, Texas called The Damnations, TX. I think we did a tour with them in 2000 but I remember seeing them as early as 1997 and I loved the band and both their voices from the first time I saw them. They sing amazingly together, and Deborah sang on RF’s Post to Wire as well as the High Country. So I’ve known them both quite a while.

What is it about her voice that’s so special to you?
Amy’s voice has all the things I like, it’s beautiful and weary and tough and worn and pure. When she sings I just believe what she’s singing, I always have. She could sing the phone book and I’d be alright with it. It also doesn’t hurt that she’s a seriously damn cool woman, and that comes out in her voice too.

When did you decide to write an album around it?
She was in Richmond Fontaine for a High Country tour and during sound check I’d hear her messing around with soul tunes, and there was something about the way she sang them that just killed me. And then I think one night after a few drinks she asked if I’d write her some songs to sing. I didn’t know if she was joking or not but as soon as I got off the road that’s what I did. I wrote song after song after song. I didn’t tell her either, not for a long time. And then I showed her the songs and we put together a band of Portland ringers. I got to play with people I’ve been wanting to play with for years. Jenny Conlee, Freddy Trujillo, and Tucker Jackson. Luckily Sean, from RF, was also up for playing as he’s my favorite drummer.

What was it like writing songs for someone else to sing?
It was great because I was writing songs for a real singer. I don’t have a lot of confidence as a singer and I write songs around my voice and what it can do. It’s limiting. So in a way writing songs for Amy has been seriously freeing. It’s also challenging ‘cause I want to write songs that she can step inside and get behind, and most of all I don’t want to let her down.

Did you have to change any of your usual approaches to the way you write?
Sure. I write so much personal stuff in RF, and I laid off that aspect in writing for her. Also thinking of her voice I looked at classic songs that I liked and kept thinking that Amy could sing this or that. She could pull it off. So I felt I could try and write big songs, songs that lay a bit more on the classic side of soul and country.

Have you ever written so many first person songs in one go?
Ha, I’ve never thought about that, but you’re right I haven’t. You know when I was writing for her I always pictured the soul of it – Amy waking to work in a city like Detroit or Philadelphia, some tough city like that. She doesn’t know a lot of people, and she’s going to work in an office somewhere and on the way she stops for a cup of coffee and she puts brandy in it to help her get through the day. She’s starting to crack but she’s tough, dented but resilient. I always pictured that person, that feel, and most of the songs came from there. It doesn’t hurt that I feel that way most every morning I wake up.

You seem to have cast Amy in a series of roles as much as writing songs for her to sing – and she seems to really inhabit these songs.
Ha you’re right I did! I’m happier than hell she was up for it… In a way she became an actress, and a pretty great one. Maybe all good singers are. I always tried to have the heart of the song be something she could get behind, that she could understand or had felt or gone through. Plus I wrote to her voice, always thinking about her voice, and I’ve listened to her songs for years. I’m a fan and she’s a great songwriter and so I felt or at least hoped that I was getting it right.

Were there any models for the kind of songs you wanted to write – Glen Campbell’s been mentioned?
Glen Campbell, sure. I’ve always loved the production on those big songs of his. I also listened to a lot of Bobby Womack and Candi Staton and Sammi Smith. The record we were hoping to make was a late night record. You get home late and you want to play one more record. A night record that can be heavy or light depending on how you want to take it. A groove, a mood record lead by her voice, the Rhodes and pedal steel. Since I began playing I’ve always wanted a record that was a heavy mix of Rhodes and steel.

There’s a lot of country soul here, which you don’t hear so much elsewhere in your music.
I’ve written a handful of songs like that over the years, but mostly I’ve just kept them at home. I’ve always wanted to play more stuff like that but honestly I’ve never had the confidence to sing those types of songs. Paul Brainard, the steel player in RF, turned me onto so much country/soul stuff when we first got going but I was just too intimidated and embarrassed to sing them myself.

You formed a new band to play, record and tour these songs. Where does that currently leave Richmond Fontaine?
We all needed a break after the High Country. I was in the middle of my novel THE FREE and it was such a hard novel I needed some time off. Dave Harding, the bass player, moved to Denmark, and everyone else had different projects they wanted to get to. The truth is taking breaks is what has kept us together and kept us being such good friends for so many years. But now we’re back at it and we’ve just begun rehearsing again. I have a lot of songs lined up and we’re just beginning to go through them. My heart is always with RF so until those guys shoot me and drop me off on the side of the road somewhere they’re stuck with me.

You can read our preview of The Motel Life, the movie adaptation of Vlautin’s debut novel, here.