Will Oldham: “I think about sex a lot, so why not sing about it?” 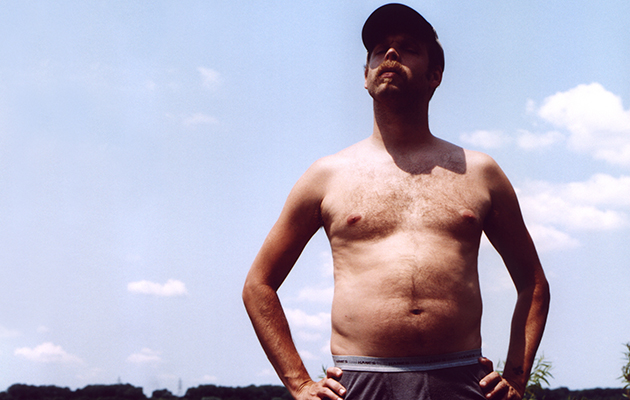 Will Oldham may have a reputation as a reticent chap – an actor and singer who has cultivated the image of an austere, mordant, alt.country hillbilly, aka Bonnie “Prince” Billy. But, in well over an hour of conversation, he proves to be as garrulous and entertaining as anyone Uncut has ever spoken to. Sitting in his backyard in Louisville, Kentucky – you can actually hear the bright red cardinals chirruping in nearby trees – he expounds at length about ’80s punk (“it was a small step from Buddy Holly to the Misfits”); about Brazilian music (Os Mutantes, Gal Costa, Milton Nascimento, Antonio Carlos Jobim); Roy Harper (“I heard Valentine playing in a bar and then had to discover everything he’d ever recorded”) and about his unlikely collaborations with R Kelly (“a remarkable songwriter”) and Kanye West (“so crazy and so functional at the same time”). “It’s exciting to get questions from these musical luminaries,” he says, as he begins to rummage through out postbag. “And even more exciting to get questions from everybody else!” Originally published in Uncut’s Take 181 (June 2012). Words: John Lewis

What are your songwriting rituals?
Lee Ranaldo
They’re always different. You can never replicate the elements that form a song. The majority of songs come as a surprise to me and tend to be about complicated things I find interesting. There are glimmers of revelations about sexuality, spirituality, physicality, musicality. Actually, I think about sex a lot – I’m sure lots of people do – so why not sing about it? These things are inescapable, so let’s sing about them. And a song is integrated with any experience.

You are best known to most as a musician and actor, but do you engage in any other form of artistic practice? Do you paint, draw or sculpt, for instance?
Alasdair Roberts
I never have, and I’ve been thinking about this a lot. The traditional idea is that the visual arts and the performing arts are the exclusive domain of a small group of people deemed “artistic” and “creative”. I’ve never subscribed to that. I feel that if one is artistically or creatively minded, then anything one does in one’s life is an expression of that. All things have the potential to be approached expressively or artistically, and I found a way of turning something that was relatively impractical into a practical pursuit. If I’d had the skills, I’d have pursued something a little more practical, and pursued it more impractically!

You played at an All Tomorrow’s Parties festival (one of the Shellac weekends). Have you ever been asked to curate a festival, like ATP or Meltdown?
Eamon, Dublin
I have been asked a couple of times. I thought it would be cool to get Madonna to play with a band of great musicians, with Mike Watt on bass and Steve Albini on guitar, for example. Ha ha. I had vague ideas to invite an Indonesian ensemble SuraSama, an Eastern European musician called Félix Lajkó, and getting Glenn Danzig to do an experimental set. But generally, I don’t like festivals. When people say: “I’m going to a festival because this band’s playing and this band’s playing and this band’s playing”, does that mean they’re interchangeable? I can’t digest more than two great performances in one weekend, so the concept is indulgent and decadent and kinda disgusting to me. And it seems oxymoronic to invite musicians that I admire to perform in such a competitive environment, where the only winners are the guys with the loudest soundsystems, like Andrew WK or the Foo Fighters. Festivals are good pay cheques for musicians, but they’re not ideal environments.