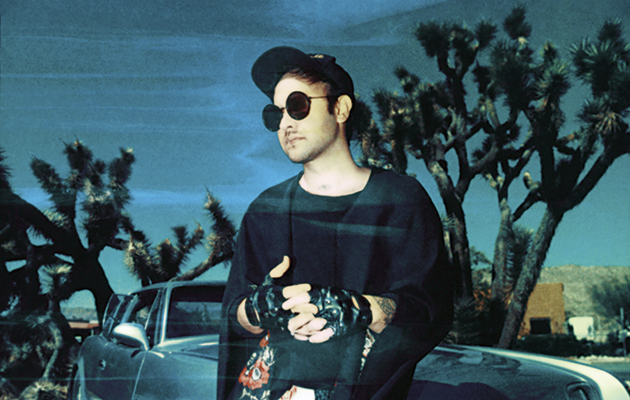 From the Korean Demilitarized Zone to earthquake-hit Mexico City, Unknown Mortal Orchestra recorded their ambitious new album Sex & Food in some perilous locations – and lived to tell the tale. Tom Pinnock joins creative mastermind Ruban Nielson in the genteel confines of Madrid’s finest art galleries to hear about meltdowns, “thought police” and unorthodox recording experiments. “When it feels a bit perverse and wrong, I like that.”

Originally published in Uncut’s May 2018 issue

When Ruban Nielson comes to Madrid, he usually pays a visit to his favourite painting, hanging in the grand Museo Nacional Del Prado.

“Last time I made the tour manager wait for us,” he whispers, gazing at the canvas of Francisco Goya’s Saturn Devouring His Son. “Probably every time I come to Madrid nooiw I’ll get some strange obsessive-compulsive need to check in with the painting.” The Spanish artist’s work depicts the deity Saturn, in the form of a crazed old man, tearing apart a child with his teeth; it’s a disturbing image, but it’s one that’s haunted the guitarist since he saw it in a book decades ago in his native New Zealand. “It’s just really extreme,” he says.

Nielson is in Madrid on a sunny winter’s day to discuss Unknown Mortal Orchestra’s new album, Sex & Food. It is perhaps Nielson’s best album to date, something of a culmination of his work so far – from the garage psych of his 2011 debut and the post-punk of 2013’s II, to the disco-infused Multi-Love, released in 2015. All these elements appear on Sex & Food, while lyrically it moves from troubled impressions of America (“American Guilt”) to tributes to his daughter (the Chic funk of “Hunnybee”); one song, “Chronos Feasts On His Children”, even channels his interest in Goya’s artwork.

“I think ‘Chronos…’ is better because it refers more to the idea of time,” he explains, using the alternative name for the god Saturn, “and it sounded better to sing. I make a lot of those decisions randomfully. It’s nice not to feel completely in control of something.”

The bulk of the words on this acoustic track document Nielson’s impressions of the time he spent in Vietnam, just one of the places where he recorded Sex & Food. All previous UMO sessions had taken place in Nielson’s basement in Portland, Oregon, with the songwriter working mainly alone. This time around, however, he recruited longtime bassist Jacob Portrait and their occasional drummer, brother Kody Nielson, to travel with him, tracking live takes as a trio. On the itinerary were Hanoi, Mexico City, South Korea, Iceland and Auckland; yet this was far from some luxurious, AIR Montserrat-style sojourn. “Recording in Hanoi is not a convenient thing to do,” Nielson laughs. “But it worked.”

“Ruban was wanting to put a fresh pair of socks on,” explains Jacob Portrait, when we talk on the phone a few days later. “He’s been shedding in the basement, with the weight of the group on his shoulders, and I know that he just wanted to get out of the basement.”

“I figured that the environment that would inspire me to play like Jimi Hendrix would be Vietnam,” Nielson says, “because that’s probably the first place I heard him, on a movie about Vietnam.”

While dodging the perils of the Korean Demilitarized Zone, crumbling South East Asian buildings and Mexican earthquakes, Nielson and his cohorts tracked a wealth of music, from the narcotic funk of “Ministry Of Alienation” and the Hendrixy swirl of “Major League Chemicals”, to the robust grooves of “American Guilt”. “I thought, ‘What happens when you make heavy funk so heavy it’s like a ’70s metal thing?’” Ruban explains of the latter. “I think this album’s my favourite. I wanted more guitar on this one – it’s so uncool now to play guitar. When it feels a bit perverse and wrong, I like that.”