Featuring the Ramones, Patti Smith, The Modern Lovers and some undiscovered treats 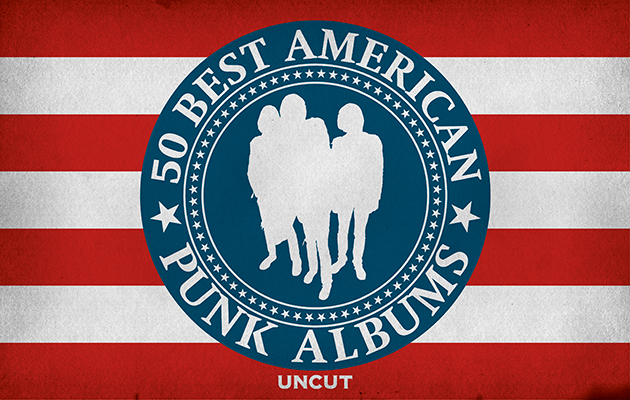 The Uncut team have dug out their leather jackets and Converse sneakers and compiled a Top 50 of the greatest American punk albums. But what constitutes “American punk” in the first place? After some debate, we decided to avoid the ur-punk groups like The Velvet Underground and The Stooges, or the proto-punk garage scene that spawned Nuggets, and focus on the period between 1975 – where the CBGB’s crowd were at their rowdiest – and 1983, when punk had arguably fragmented and mutated into something beyond its original form.

Our chronological list incorporates albums by bands hailing from the urban-industrial landscape of Cleveland, the backwaters of the American Northwest, from Los Angeles, New York, Houston and Minneapolis. One album is produced by a ’60s West Coast rock legend. Another features 14 songs in 15 minutes. A third includes an unlikely encomium to Idi Amin. Here, then, is Uncut’s pick of the loudest, fastest, hardest, sweatiest albums ever… Hey! Ho! Let’s go!

Rarely accorded iconic status, The Dictators’ debut is a milestone in smart-assed, knuckleheaded American punk, hymning beer, junk food and TV in stoopid anthems like “Teengenerate”. Formed in 1973 around the three-chord method of songwriter-bassist Andy “Adny” Shernoff and metal soloing of guitarist Ross “The Boss” Friedman, their no-frills New York street gang look and trash culture aesthetic predated the Ramones (as did their buzzsaw cover of “California Sun”). Roadie-turned-singer Handsome Dick Manitoba’s antics made them a live favourite, but an antagonistic presence: Manitoba’s macho heckling of Jayne County resulted in a brawl that saw The Dictators banned from Max’s Kansas City. DL

Improvising with her group, extemporising lyrics, Smith’s early shows were pitched between Lenny Bruce-style stand-up and Beat poetry happening. The glory of Horses is how it refines that experimentation into a solid set of songs, while retaining every flutter of Smith’s visionary vibration. Her love of French Symbolist poetry informs the fever dream lyrics, but equally important is the album’s pop-literateness, collaging old songs (“Gloria”, “Land Of A Thousand Dances”) as the foundations from which she takes flight. John Cale’s production leaves the rough edges on the jams driven by guitarist Lenny Kaye, while Tom Verlaine contributes inimitable flashes as guest guitarist. DL

Dolly Parton famously joked “it costs a lot of money to look this cheap”. By the same token, to sound as stupid as the Ramones managed on their debut required considerable intelligence. Superficially a piledriving record, Ramones is actually all about variety: noise and silence, punk and pop, black and white. So it was with the songs. From hustler’s lament to high-school romance; United Fruit and Castro to assault with a deadly weapon… the Ramones had it all covered. The extremity makes it punk. The subtlety makes it an enduring classic. JR