The greatest movies that have disappeared off the map 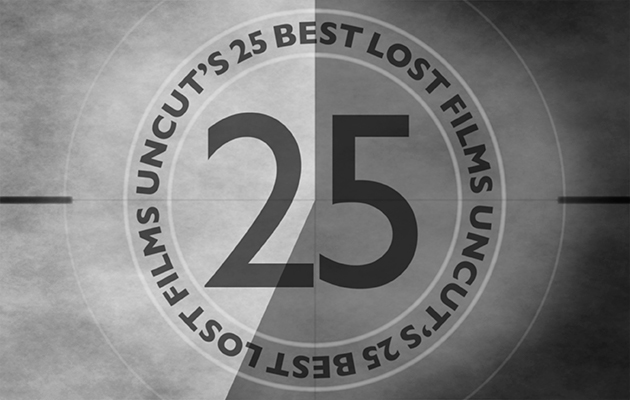 Here, then, is our list of the greatest lost films, featuring work that’s fallen off the radar by such fabled directors as Stanley Kubrick, Robert Altman, Billy Wilder, Francis Ford Coppola, Lindsay Anderson, Orson Welles, John Huston and Jean-Luc Godard. This being Uncut, even Bob Dylan has made our extraordinary list.

As you’ll discover, many of these films are hard to find because they’re tangled up in labyrinthine rights issues. Some have been suppressed by the director or the studio, while others have simply disappeared off the map entirely, too “obscure” to warrant a DVD, Blu-ray or Special Edition like the latest blockbuster. Ironically, in this digital age, a 20-odd year old VHS cassette is often the only format in which these brilliant movies can be located. But we think they’re all worth seeing – perhaps at film festivals, online, or most likely late at night on a satellite movie channel like TCM.

Where to begin? Why not with a film deemed so controversial it has been airbrushed out of existence by its studio – Disney…

Originally published in Uncut’s July 2010 issue (Take 158), and updated in July 2015. (We define a ‘lost’ film as one you can’t buy new, whether as an officially released DVD, Blu-ray or download. However, due to the often complicated nature of film rights ownership, licensing deals, sales territories and release schedules, some films can appear to be “officially available” one week and then not the next. Let’s make it clear, then: all information is correct at time of going to press…)

25 SONG OF THE SOUTH
Directors: Wilfred Jackson and Harve Foster
Starring: Ruth Warrick, Bobby Driscoll, James Baskett (USA, 1946)
Disney is famous for operating a system of ‘limited edition’ DVD runs of its catalogue (Bambi, for example, is also currently unavailable), but Song Of The South has never been part of that schedule. Wary of racial controversy, the studio has practically airbrushed the film from its own history; according to rumour, a DVD release was last considered – and swiftly rejected – in 2006. Little Bobby Driscoll plays a lonely white kid on a plantation. When he runs away, Baskett’s Uncle Remus, a former slave, tricks him into going home by spinning him tales of Brer Rabbit. This was Disney’s finest early attempt at mixing live action and animation, but even in the 1940s caused outrage for its picture-book presentation of the rabid Old South as an idyllic paradise, and for its beyond stereotypical depiction of black characters – screenings were picketed by the NAACP. But then Song Of The South is also the movie that has Baskett singing “Zip A Dee Doo Da”, surely one of the most popular songs in all of Disney, a bluebird on his shoulder. Could we give that up?
Expect to pay: My oh my, it’s a VHS or nothing! £20, maybe?

24 HIDE IN PLAIN SIGHT
Director: James Caan,
Starring: James Caan, Jane Eikenberry, Robert Viharo (USA, 1980)
By the end of the ’70s, Caan’s career was in freefall, due to a series of high-profile flops and an almost irrational arrogance that saw him turn down starring roles in Apocalypse Now, One Flew Over the Cuckoo’s Nest, Superman and Kramer Vs Kramer. People simply stopped asking him to be in their films, so he decided to make his own. He had promising material to work with here – the true story of a divorced factory worker’s attempt to find his children, who disappeared into the Witness Protection Programme when their stepfather testified against Mob associates. Caan, however, didn’t seem to know what kind of film he was making, and mixed blue collar realism with conspiracy thriller paranoia. He was good in it, and you wanted to see what he did next. But the film bombed and Caan, after starring in Michael Mann’s Thief, and by then battling bankruptcy and cocaine addiction, vanished from the screen for five years before making a comeback in Coppola’s Gardens Of Stone. He never directed again, and this has never been reissued.
Expect to pay: £20 – and that’s for a 30-year-old VHS cassette!