For all his flailing locks and dazed expression, Ty Segall does not make a particularly convincing slacker. In a short promotional clip for his new album, released on Youtube back in May, he pretends to be asleep in bed, on his couch, in a garden and then, preposterously, up a tree and at the wheel of a moving van. 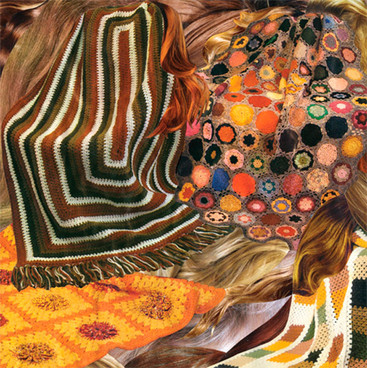 For all his flailing locks and dazed expression, Ty Segall does not make a particularly convincing slacker. In a short promotional clip for his new album, released on Youtube back in May, he pretends to be asleep in bed, on his couch, in a garden and then, preposterously, up a tree and at the wheel of a moving van.

Last year, Segall made three excellent albums, and seemed to play gigs on the rare nights when he wasn’t recording. This year, his alleged plan was to take it easy, reacquaint himself with domesticity, maybe catch up on his surfing. The film, and the record which accompanies it, tell a different story: Ty Segall finds the act of making music so essential, he even does it in his sleep.

In the dog days of grunge, of course, J Mascis, Evan Dando and the most prominent slackers nurtured a fastidious work ethic behind the stoned mien. Like Kurt Vile, Segall is very much a throwback to that time – echoes of Nirvana can be detected on a bunch of his records – though his productivity would put most early ‘90s grafters to shame. Indeed, even by the fecund standards of the Bay Area garage rock scene from which he emerged, Segall is peculiarly unstoppable. Since 2008, a conservative estimate suggests he has made nine original albums with his name on the front cover, and God knows how many singles and EPs. Quantity has, unusually, meant quality, too: the variegated psychedelic ramalams of 2013’s Twins, Slaughterhouse and Hair (the latter with White Fence) were collectively the best work of his breakneck career thus far.

Sleeper, in contrast, is styled very much as a pause for thought. With his usual bandmates dispersed, Segall multitracked the ten songs by himself in San Francisco, with only K Dylan Edrich, providing viola and violin on a couple of songs, for company. Sleeper begins, with dissolute strumming, in a not dissimilar way to 2011’s Goodbye Bread. But while that album broadened out into a showcase of Segall’s songwriting range, this one keeps the focus tight and intimate. “I wanna sleep all day/I wanna go away/OK I want to sleep all day with you,” he drawls, in what passes for the album’s manifesto, while Edrich’s droning strings turn the song – it’s the title track, “Sleeper” – into a sort of rickety baroque.

If anything, there’s a rather British air to proceedings, a sense that Segall has been assiduously studying those records on the cusp of the ‘70s where psychedelic whimsy evolved into something woodier, folkier, more self-consciously ‘natural’, only for the prospect of glam to loom distantly on the horizon. His love of Marc Bolan has already been telegraphed by two “Ty Rex” covers EPs, and “Crazy” is a pinched trinket that could only be improved by Steve Took on bongos. “The Keepers” – a buccaneering, mildly apocalyptic dirge, the best song here – and “The Man Man” are both heavily redolent of Michael Chapman circa Fully Qualified Survivor. Segall’s voice on his last few records has often recalled that of John Lennon, but he’s never sounded quite so quaintly, unnervingly English.

At times, the mellow ambience does a disservice to the songs: “Come Outside”, in particular, feels like a demo requiring a more full-blooded band treatment. And the closing “The West” would have benefited from some Everlys-style harmonies with Mikal Cronin, Segall’s regular bassist, currently touring his own fine album, MCII. Mostly, though, Sleeper sounds a lot more crafted and complete than all the lethargic mythologizing would have you believe.

Segall, it should be noted, has another album out in September, as part of a Blue Cheer-loving sludge-rock band called Fuzz. A second solo promo clip, meanwhile, again finds him dozing on his sofa, before being rudely slapped awake by an unseen figure who cackles, “Time for tour, sleepyhead!” US dates run through August and September. The hiatus, if there ever was one, is officially over.

So what happened to the year off?

Hahaha. I definitely took some time off from touring, maybe a couple of months, and it was nice to take a moment away from music. Always a good idea. I need to refresh my mind, and the music you make after a break is always better because of it. I realise now that I’ll never stop writing and recording. It’s just too much fun.

How did Sleeper come about?

Sleeper started as just a couple of demos of different-sounding songs than I usually do. It was more of a purge, really. There was no intention behind it to become a record. I think that’s why I like it so much….

Have you always wanted to make a quieter, relatively introverted record like this one?

I have, but it’s never been the right time. I feel like whenever I’ve gone down that road, it’s sounded like I was trying too hard.

No three albums! No way! Hopefully just one in 2014. And yes, the band should be coming back over with Mikal, Emily and Charlie next summer…