Thurston Moore – My Life In Music

This week, Thurston Moore announced further details of his new solo album, The Best Day, featuring former Sonic Youth drummer Steve Shelley and My Bloody Valentine’s Debbie Googe. To whet your appetite for the new tracks, here’s a piece from Uncut’s December 2006 issue (Take 115) – judging by this, perhaps The Best Day will sound like a cross between John Coltrane, the Ramones and Yes… 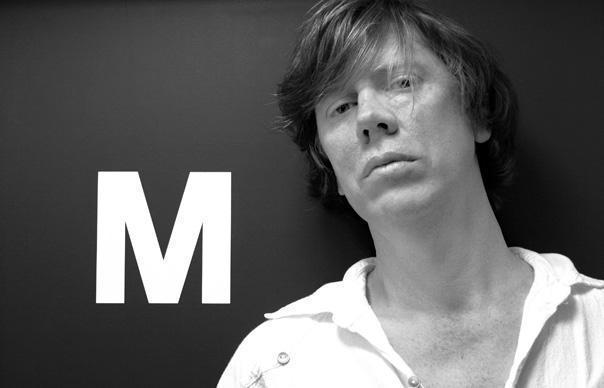 This week, Thurston Moore announced further details of his new solo album, The Best Day, featuring former Sonic Youth drummer Steve Shelley and My Bloody Valentine’s Debbie Googe. To whet your appetite for the new tracks, here’s a piece from Uncut’s December 2006 issue (Take 115) – judging by this, perhaps The Best Day will sound like a cross between John Coltrane, the Ramones and Yes…

The Record That Made Me Want To Be In A Band
The Kingsmen – Louie, Louie (1963)
“The prototype of a ’60s garage band. “Louie, Louie” was the first rock’n’roll record in my house. My brother brought it in and played it all day, every day. I was so young, he used to tell me it was him and his friends, and I kind of believed him. The B-side was “Haunted Castle”, a song I’d still love to cover.”

The Record That Made Me Realise There Was More To Rock Than Three Chords
Yes – Yessongs (1973)
“The live triple-album. It seemed so magnificently excessive. I was into straight-up rock’n’roll I’d hear on the radio, but I’d try to convince myself that this was cutting-edge. I was confounded; it was like hearing jazz for the first time, and it just made no sense. I remember wondering why, but I grew to like it.”

The Record That Most Reminds Me Of Kim Gordon
John Coltrane – Blue Train (1957)
“I discovered jazz, in a way, through Kim. When I first went to her parents’ house in LA in the ’80s, there were all these records like John Coltrane and Billie Holiday with “K. Gordon” written on, everything she owned growing up. Holiday’s Songs For Distingué Lovers definitely reminds me of Kim.”

The Record That Made Me Glad To Be The Godfather Of Grunge
STP – Smoke ’Em (1990)
“I’d have to choose a record no-one knows about, which was by STP – Julie Cafritz’s band after Pussy Galore. I really want to release it on Ecstatic Peace! They toured with us at the time. It was four girls, from New York and it was just this great band. They were a progenitor to that whole riot grrl sound.”

The Record That Reminds Me Most Of New York
Ramones – Ramones (1976)
“It’s the most remarkable New York record. That iconic shot of them leaning against that wall on First Street, near to Bowery, meant so much to me, because when I’d moved in, that was my area. I can even walk down that street now and still feel that sense of what was going on, how New York was.”

The Record I Use To Blast Away The Cobwebs
Wolf Eyes – Burned Mind (2004)
“I always describe Wolf Eyes as being this conflagration of MC5, The Stooges and the history of noise music. They play as if they are the MC5 or The Stooges – the music’s inspired by the textbook of noise music history. They’re like the first ‘noise’ band that come on like a rock’n’roll band and works, in a way, and this record is a great culmination of that phase of their existence.”

The Record I Love That Kim Can’t Stand
Sparks – Kimono My House (1974)
“Like Kim, I love Sparks as people, but I can’t play this record in the house. It drives her crazy, and it drives Koko [Kim and Thurston’s daughter] crazy, too. This period of Sparks was their classic period – that run of Kimono My House, Propaganda and Indiscreet. Kimono… is one of the top five records ever. Jim O’Rourke and me bonded over our love for that era of Sparks.”

The Record That Reminds Me Of Being Poor
LL Cool J – I Need A Beat (1984)
“The first LL Cool J record on Def Jam. At the time when all that stuff was happening, radical hip hop 12-inchers were coming out of New York, and we literally didn’t have a cent to our name. We were living off of onions and peanut butter. But I had to have these records. I recall scraping together my pennies to buy this. Sometimes records are more important than food.”

The Record I’m Glad I Put The Work Into
John Coltrane – Interstellar Space (1967)
“When I got into jazz, I got into investigating and studying it to such a degree that it finally led to this record. I don’t think I could have managed it cold. When jazz became hip, a lot of people into punk culture just dived into avant-garde, free jazz. I took the route of working my way up through Charlie Parker, through Duke Ellington. I thought that was important.”

The Record That Makes Me Want To Get Drunk
Hair Police – Constantly Terrified (2005)
“Not being a heavy drinker, that’s a tough one. But Hair Police, for sure. They’re a noise band, from Kentucky, and they put out this record last year called Constantly Terrified [laughs]. We played with them in Detroit… being onstage with Hair Police, it’s all about drinking, being drunk, just thrashing out to that kind of music.”