The return of Cormac McCarthy

The writer of No Country For Old Men and The Road is back, but not quite as you might expect... 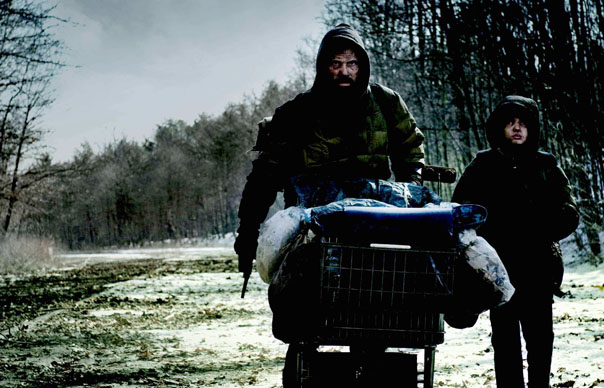 The writer of No Country For Old Men and The Road is back, but not quite as you might expect…

Cormac McCarthy has been in the news quite a lot lately. This is a pretty remarkable achievement in itself: McCarthy, the author of No Country For Old Men and The Road, is a fastidious defender of his privacy, while his work rate – 10 novels in nearly 50 years – is hardly prolific. All the same, a cursory Google News search today truffles out a number of recent stories involving McCarthy, including a couple of tantalising revelations. One was genuinely quite brilliant: he has copy edited heavyweight science books and thinks exclamation marks and semi-colons “have no place in literature”. One, meanwhile, was fun but throwaway: a Twitter account in McCarthy’s name was exposed as fake. “He doesn’t even own a computer,” rumbled his publisher. All the same, who could resist this sample Tweet: “An infant swimmer in the twitter ocean. Vigilant and raw and blithe.”

But the news item carrying the most substance alerts us to fresh McCarthy writings. Not, sadly, a novel – his most recent is still 2006’s The Road – but in fact, an original screenplay. McCarthy has so far an intermittently successful relationship with movies. There was Billy Bob Thornton’s entirely dismal All The Pretty Horses – then far more successful adaptations of No Country For Old Men and The Road. There’s been some TV work, too, but I must admit I’ve not seen either 1977’s The Gardener’s Son, part of an American anthology series, or last year’s The Sunset Limited, directed by Tommy Lee Jones for HBO.

This new project is called The Counsellor, and the turnaround seems remarkably speedy, considering the pace at which McCarthy usually operates. The screenplay was delivered in January (his publishers, it seems, were expecting a new novel), and Ridley Scott signed on as director a fortnight later. Scott has a history of sorts with McCarthy: about five years ago, he was linked to direct Blood Meridian, McCarthy’s novel about a gang of scalp hunters marauding through the American-Mexico borders in the mid-1800s. At the time, Scott walked away from the project – I’m pretty sure he said it was too violent. What little we know about The Counsellor suggests it’s in keeping with the No Country model – a successful lawyer gets involved with the drug wars in Mexico, with disastrous consequences. Producer Steven Schwartz claimed it “may be one of McCarthy’s most disturbing and powerful works.” An interesting thought, particularly if you’ve read Outer Dark or Child Of God, which are hardly for the faint-hearted. But then, a review of the script over here (spoilers!) identifies McCarthy’s characters as “morally depraved out of all human recognition”.

All the same, I can’t get away from the nagging feeling that this is going to be a pretty slight genre piece – like No Country, which felt like a palette cleanser after the hefty Border Trilogy. I remember reading it in a couple of hours, thinking it great fun, all very Jim Thompson. What the Coens did with it for their adaptation was great, and along with There Will Be Blood and The Assassination Of Jesse James By The Coward Robert Ford, was very much part of a brace of high-end films about men doing things quite slowly.

What can we expect from Scott’s The Counsellor, then? Hopefully, something leaner than Scott’s made in a long while. Anyone who’s seen the trailer for his Alien prequel, Prometheus, will have sensed the push-and-pull between trying to be faithful to the sweaty claustrophobia of his original film and the demands of the post-Avatar sci-fi blockbuster. Scott is capable of downsizing his movies – no planets were destroyed in either American Gangster or Matchstick Men, both of which I liked – but the model I hope he adopts for The Counsellor is Thelma And Louise. This might seem surprising, if you consider McCarthy favours exclusively male protagonists. But Thelma And Louise cleaves closest of all Scott’s films, I think, to the romantic idea of escaping from society – “to light out for the Territory”, as McCarthy’s idol Mark Twain describes it. Certainly, Thelma and Louise have something of the Huck and Tom about them.

But, sure, we’ll have to see how this turns out. Scott’s already signed Michael Fassbender up as his counsellor, while various sources report a fairly predictable list of candidates for the movie’s villain – The Hurt Locker’s Jeremy Renner, the awful Bradley Cooper and, more intriguingly, Brad Pitt. I think Pitt is doing his best work at the moment – he was tremendous in Tree Of Life and Moneyball – and he has history with both Scott and McCarthy. Pitt got his break, of course, in Thelma And Louise – and if you can track it down on eBay, I can recommend his reading of the All The Pretty Horses audiobook. Whether whoever Scott casts will have the same presence/hairpiece as Javier Bardem in No Country, I really couldn’t say.