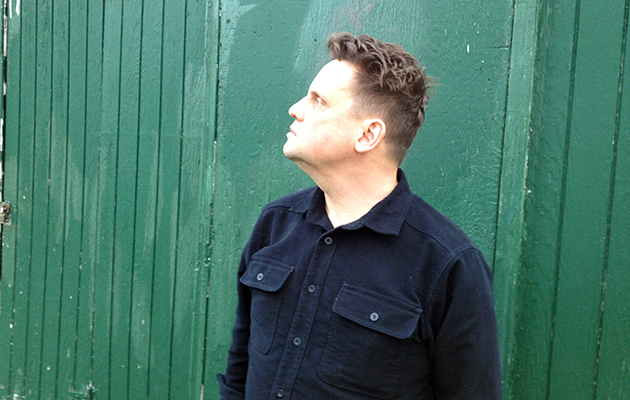 At what point do you stop being able to make excuses for Mark Kozelek? When he calls a chattering audience in North Carolina “rednecks”? When he responds to criticism from one of that audience by calling her a “spoiled bitch, rich kid, blogger brat”? When he engages in a one-man hate campaign on The War On Drugs, inspired by some dodgy sound levels at a festival?

Kozelek, it has seemed this past year or so, is a man with a shortish temper who has learned to channel his irritations into prolonged – and sometimes very funny – trolling campaigns; campaigns that have raised his profile at a time when his music – chiefly last year’s superb “Benji” – is doing a pretty good job of raising that profile by itself. His language is not often mediated in the same way mine might be; I guess suggesting strangers “suck my cock” might be standard banter for Kozelek in the locker room with Ben Gibbard and Justin Broadrick or whoever?

But anyhow, when Kozelek and the latest version of Sun Kil Moon roll up at the Barbican in London last night, the singer mostly seems in a more equable mood than usual. He talks about being happy to be in London, about what a nice audience we are, about how great the lighting is; not subjects about which he is usually magnanimous. In two and a half hours, there is not a single mention of the War On Drugs, and most of the jokes come at his own expense. There is a digression on how his jacket and drumming style remind him of Planet Of The Apes, which ends with the thought, “What would be more boring? Watching all the episodes of Planet Of The Apes or listening to all six CDs of Bob Dylan’s Basement Tapes?” Neil Halstead, from Slowdive, is on the tour as guest guitarist, and Kozelek tells us how much he loves him. But “one thing I hate about him is how he’s not gained a pound in 20 years and I’ve turned into fucking Los Lobos.”

Kozelek’s music is also, relatively speaking, unusually focused. Unlike his last London show – a messy, volatile, compelling epic in Hackney at the end of last year – the long, mostly beautiful songs that he has written in the last couple of years are given tranquil treatments by the band (two electric guitars, a drummer, Kozelek adding either third guitar or additional drums), even though tonight there’s not a single sighting of an acoustic guitar. The bellicose punk roar that Kozelek has added to his vocal arsenal – and which dominates stretches of the new “Universal Themes” – adds dynamic punctuation to these serpentine pieces, giving further heft to a song like “Richard Ramirez Died Today Of Natural Causes”.

“Richard Ramirez…” is one of a clutch of songs from “Benji” that continue to dominate the set, with “I Watched The Film The Song Remains The Same” handled with great subtlety. I could grouch about him only playing songs from the past few albums, about how he doesn’t even play my favourite songs from those albums. “Universal Themes”, for instance, is a complex and divisive work that is unlikely to be one of the most played albums in his generally magnificent catalogue, but I’m very happy that he’s experimenting with songform, that he’s radicalising and subverting what it means to be a confessional singer-songwriter. It does, though, contain two songs that feel like big additions to his store of great songs, “Birds Of Flim” and “Garden Of Lavender”, neither of which he plays here, preferring relatively coherent versions of scrappier pieces – “The Possum”, “Ali/Spinks 2”, “Little Rascals” (a song whose lyrics suggest it was written at precisely the same time as he was completing this interview), an excellent “This Is My First Day And I’m Indian And I Work At A Gas Station”: “I’m not used to spoken word stuff, but I’m gonna get better at it better at it, over time,” he proclaims, as the song winds movingly to a close.

Performed with a grace that isn’t always present in the recorded versions, it’s easier here to see this latest musical gear-shift as closer in tone to what has gone before: even the needling improvised skree passages of “Ali/Spinks 2” don’t feel out of place alongside lovely versions of “Ceiling Gazing” and “He Always Felt Like Dancing”, the latter performed by Kozelek stood on a chair, “so I can stay awake”.

Before “He Always Felt Like Dancing”, though, there is a glimpse of what tonight’s moody running joke will be. Spotting a few empty seats in the front rows, Kozelek whimsically decides that these have been allotted to absent journalists; “The fucking press. What a bunch of fucking weirdos.” The fucking press, he speculates, will decide that “Universal Themes” is not as good as “Benji”; with each album, British journalists apparently decide that he’s good, and then he’s bad. It’s a rueful and rather wearying take on the old ‘build ’em up/knock ’em down’ myth – I write this clearly as someone who’s been building Kozelek up fairly remorselessly for over 20 years – but not anything particularly toxic.

Two hours into the show, however, as Kozelek lurches back onstage for the encore, the theme takes a substantially nastier turn. First he names a British journalist who has, for reasons that are not entirely clear, annoyed him (full disclosure: that journalist is a friend and fellow Uncut writer. I would hope that my disgust at what Kozelek says is not materially affected by this, though he will doubtless beg to differ). Then he begins a spontaneous song about the writer – a woman – about how she “totally wants to fuck me” and how she should “get in line, bitch.”

So this, for me, is the tipping point: the exact moment when borderline dubious ragging becomes straight-up offensive misogyny. Kozelek would inevitably excuse it as his much-vaunted “great sense of humour” and indeed once he’s finished the next songs – “I Can’t Live Without My Mother’s Love” and “Caroline”, about probably the two most important women in his life, ironically enough – he returns to the subject. He calls the writer “nice”, “sweet”, “cute”, as if that would make things better, and claims he was “just kidding”. He then sings the song again.

Maybe he was just kidding, but that doesn’t really seem relevant; the language remains vile, whatever the motivation. Journalists need to be able to deal with the repercussions of what they dish out – that’s fair enough – but this feels like something quite different. So now we’re on the cusp of yet another Kozelek firestorm, one that he’ll probably seize upon as evidence of some nebulous media plot against him, that he’ll use as supposedly droll self-justification, as a means of manipulating his increasingly lucrative infamy. This time, though, I won’t be laughing along. I don’t want to be too melodramatic here, but Kozelek’s music has sustained me in myriad different ways for a very long time. This morning, I don’t want to hear any of it.