The Hold Steady’s Craig Finn – My Life In Music

The Hold Steady release their sixth album, Teeth Dreams, on March 24 – in this piece from the Uncut archives (June 2009, Take 145), Craig Finn reveals 10 of the albums or songs that have changed his life, raising a glass to St Joe Strummer and his other heroes – including Billy Joel! Interview: Rob Hughes ___________________ The first record I owned The Bay City Rollers Greatest Hits (1977) 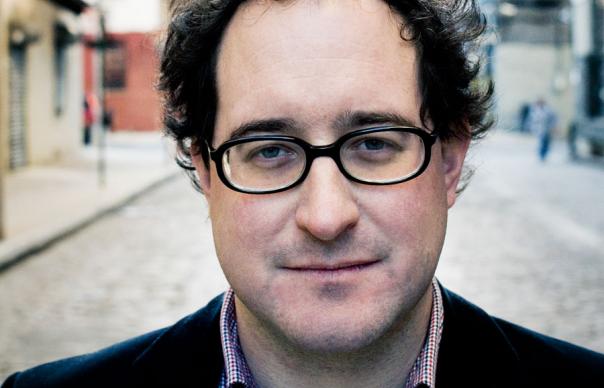 The Hold Steady release their sixth album, Teeth Dreams, on March 24 – in this piece from the Uncut archives (June 2009, Take 145), Craig Finn reveals 10 of the albums or songs that have changed his life, raising a glass to St Joe Strummer and his other heroes – including Billy Joel! Interview: Rob Hughes

The first record I owned
The Bay City Rollers
Greatest Hits (1977)
The TV companies put the Bay City Rollers on a Saturday morning cartoon show over here when I was five or six. I was just the right age for that stuff and I went out and bought this record at a target store. In fact, the first few records I bought were Rollers ones. They were a kooky bunch, cartoon-like in a similar way to The Monkees, but they had great singalong choruses. It was fun for a kid on a Saturday.

The record that made me start a band
The Replacements
Let It Be (1984)
Growing up in Minneapolis, the biggest band for me was The Replacements. It was the fall of my eighth grade when let it be came out. Eighth grade is such a difficult time, but songs like “Unsatisfied” and “Sixteen Blue” really talk about the scary parts of being that age. My first band just played covers, including songs by The Replacements. They were real hometown heroes that we looked up to.

The record that made me become a songwriter
Bruce Springsteen
Born To Run (1975)
There was a real cinematic, epic quality to these songs. They weren’t necessarily confessional for Springsteen, but were full of characters and strange scenes. And that approach showed me that you didn’t have to write a song just about you and your little problems; it could be something much bigger. It could all happen like a movie. “Thunder road” is the song I wish I’d written. It’s still the one that gives me chills.

The record that makes me kind of embarrassed
Billy Joel
52nd Street (1978)
I was reading the Slash biog recently and he was talking about meeting Billy Joel. He said he was impressed with the fact he was such a fuck-up. I know his records are kind of schmaltzy, but my parents had this record when I was young, and for a guy growing up in Minneapolis, Billy Joel was real New York. In my head, that’s what I thought New York was like. His late-period stuff is really awful, though!

My quintessentially English album
The Kinks
The Kinks Are The Village Green Preservation Society (1968)
I’m a huge fan of The Kinks. It wasn’t just Ray Davies’ lyrics, it was the melodies, too. They’re so simple and super-catchy. There was something that made sense to me the more time I spent here. The best artists write about the people and places they know, which is just what Ray Davies does. Springsteen is the same.

The LP that reminds me of a night on the town
Arctic Monkeys
Whatever People Say I Am That’s What I’m Not (2006)
For Alex Turner to have so much talent at that age is astounding. This LP is all about a night on the town, a sense of expectation and how it all falls apart. That’s from the viewpoint of being his age. Now, when I go out, I don’t have to fall apart and no-one’s going to lose their shoe. At his age, a night out is wrapped up in so much expectation that it just gets crazy.

The LP that reminds me of losing my virginity
The Stone Roses
The Stone Roses (1989)
My first sexual encounter was to The Stone Roses. I wasn’t super-aware of British indie music before then, but the Roses singles that started coming over to the US sparked my interest. I was in Minneapolis, about to move to Boston, and the posters were up everywhere. Before that I’d been very suspicious of British music. I even refused to listen to the first Pixies records. Being on 4AD, I thought they were from England.

The reason I play guitar
Hüsker Dü
New Day Rising (1985)
They just made so much noise. I used to go see Hüsker Dü a lot in my teens and those shows were deafening. They were very workmanlike onstage. They’d just put their heads down and blast through it all, whereas The Replacements were sort of shambling. I’d go home after a Hüsker Dü gig, plug in my little amp, play a chord and then think, ‘Why doesn’t it sound like them?’ I still haven’t been able to do it.

The record that made me want to leave Minneapolis
The Clash
London Calling (1979)
That line in “Lost In The Supermarket” – “we had a hedge back home in the suburbs/Over which I never could see” – taps into the idea that there’s something huge out there. For a suburban kid, it felt like somewhere you couldn’t get to. The Clash sang about strange places like Brixton, and Sten guns in Knightsbridge. A very romantic image. Maybe they were the reason I wanted to leave home for something else.

The record that reminds me of new beginnings
REM
Reckoning (1984)
Reckoning was just incredible. I loved the way it sounded, sort of deliberately murky and blurry. I transferred schools to a private school in ninth grade, where there were more creative kids. So I met new friends and heard a lot of cool new records. That’s when someone played me REM. I’d read they were influenced by The Byrds and the Velvets, but they didn’t sound like them. They felt like something totally new.