The evening action from the Dorset event's second day 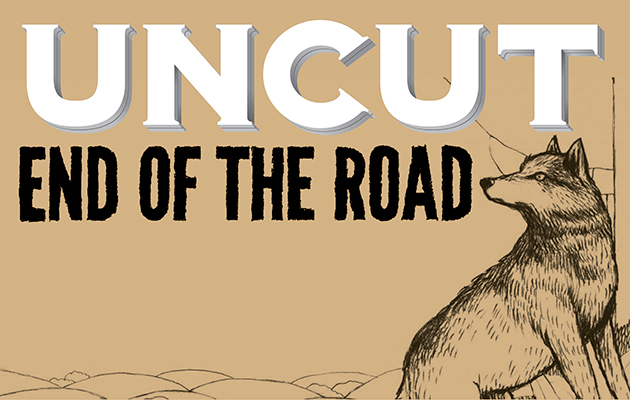 Euros Childs has prepared well for his gig headlining the Uncut Tipi Tent Stage at End Of The Road. “I’ve been practising what to say between songs at festivals,” he says. “I Googled it and apparently you should say, ‘How y’all doing’, in a bad American accent…”

Of course, Childs is joking – the former Gorky’s Zygotic Mynci frontman doesn’t need to rely on cliché when he has such a strong canon of solo material (his 11th solo album Sweetheart is out in October). With his piano and vocals backed by guitar, bass and drums, Childs leans on the more upbeat side of his work – the glam-tinged “Horse Riding”, the manic dash of “Second Home Blues” and the poppy, tender “That’s Better”.

Watched by Cate Le Bon and H Hawkline, both of whom had performed on the Garden Stage earlier in the day, Childs also finds time to showcase his weirder side with the crazed “Like This? Then Try This” (“Do you like mayonnaise?/I like mayonnaise!“) and delve back into the distant past for a take on “Heywood Lane” from Gorky’s 1997 album Barafundle.

Sufjan Stevens unsurprisingly draws a huge crowd for his first ever proper UK festival show, headlining the largest Woods Stage. End Of The Road have been trying to get him to play since they started nearly 10 years ago, but only now has he deigned to appear. The man himself puts this change of heart down to God telling him to play End Of The Road, during a lengthy speech taking in angels, the clouds parting and God appearing to him in flame then playing what sounds like the main Star Wars theme.

This is later on in the set, however. To begin with, Stevens starts off with some of his quieter, darker songs. There’s a selection from this year’s bleak Carrie & Lowell, such as “Should Have Known Better” and “Eugene”, but also “In The Devil’s Territory” and “That Dress Looks Nice On You”, from 2004’s Seven Swans, and a hushed take on “Futile Devices”, originally on The Age Of Adz, which features a delicate, minimal coda of spacey synth.

These quiet songs have such a rich, lush sound that Stevens manages to hold most of the crowd’s attention through what doesn’t seem like ideal festival material. Their patience is rewarded with some louder, more ecstatic material, with his four-piece band of multi-instrumentalists (including singer-songwriter Dawn Landes) joined by a horn section. From a louder reworking of Seven Swans‘ “Sister” (“This next song is about my sister Megan,” Stevens says, “who many years ago changed her name to Liberty. She’s thinking of changing it back to Megan…”).

“Carrie & Lowell” itself somehow fits in well here, but the best-received song is left until last. “It’s a ten-year-old song for a ten-year-old festival,” Stevens says, introducing “Chicago” from his 2005 Illinois album. Throughout the whole set, Stevens has been switching between piano, guitar and synth, often – as on “Chicago” – all three during the course of a song. With Sufjan throwing streamers over his band members and the screens on stage showing a kaleidoscope of colour, it’s a truly euphoric moment.

“Blue Bucket Of Gold” from Carrie & Lowell ends the set, dissolving into 15 minutes of intense ambient noise, delicate synth chords gradually shifting into what sounds like a rocket taking off into space.

From the stars to the gutter, then, as Sleaford Mods headline the Big Top Tent after Stevens’ set is over. Jason Williamson is on typically manic form, raging his way through “Jolly Fucker”, “Tiswas” and “Giddy On The Ciggies”. “Face To Faces”‘ line “Boris on a bike/Quick, knock the cunt over” gets a huge cheer from the packed tent, as does “Fizzy”‘s closing call to “sack the fucking manager“.

End Of The Road is normally pretty civilised for a festival, but something about Williamson’s ranting and anger seems to bring out the animal in some of the audience. The frontman gladly engages with them, too, effectively bringing the kind of lines that would slot into a Sleaford Mods song to life. “‘Fuck off’? Who said that?” he shouts, before unleashing a tide of expletives. When someone chucks some liquid at Williamson, he glowers. “That better not be piss… My daughter’s back there, and I’ve got to pick her up and take her back to her tent and if she gets piss round her chops I will not be happy… I will not be happy… I will not be happy…”